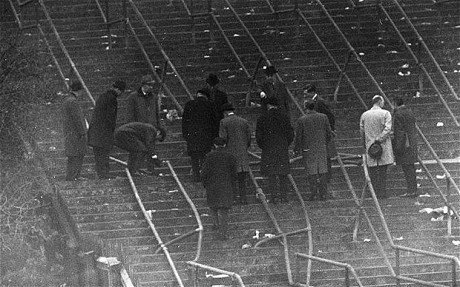 After the season thus far, the remaining months quite simply boil down to survival. 4IAR is gone, second place may even be a struggle, Europe will not happen next season, and the future of the club is entirely up in the air. From the start of the season where hopes were tentatively high that club legend-now manager of Rangers, Ally McCoist, could deliver our fourth league title in a row on his maiden managerial job, to our current plight where simply finishing the season intact would be most welcome, it is safe to say this has been, on pretty much every level, the toughest season in the proud history of Rangers Football Club.
Our fans can point to the various Disasters which have cost tragic numbers of life in the past, and trivialise our current predicament in context of that – McCoist did rightfully say that they do put the present situation into some sort of perspective. That said, even those who lived through the Disasters, who suffered the loss of loved ones, would never have felt the very existence of the club was under threat as a result. These were appalling events to take the lives of dozens of supporters, but there was still a club at the end of them at which  they could bereave their passing and to honour their lives.
Nowadays, this stressful administration process has tested supporters and the club to the maximum – daily news feeds and Internet rumours have leapt from one extreme to another, from former director Dave King’s assertion that “Liquidation is inevitable” to more recent cause for optimism with players finally agreeing on vast wage cuts, and various speculation regarding ‘former’ owner Craig Whyte not being a secured creditor, concrete interest from several parties in acquiring the club, and the Ticketus deal being close to collapse. These nuggets of information are little more than tomorrow’s chip wrappers, but they do suggest incredibly cautious grounds for potentially misguided optimism.
In the here and now, administration has gripped the club for around a month, and the reality remains that £1 million requires to be saved per month, just to keep the club operating. The wage cuts the players have thankfully consented to helps significantly in this area, but while Sky Sports News’ Brian Swanson claimed the monthly wage bill to be ‘£3M’, the reality surely is that it is considerably lower than this. It is unlikely many clubs in Britain have a wage bill that high – possibly only the likes of Man City, Man Utd and a few other select clubs in England could even approach that. However, the aforementioned wage cuts ranging from a quarter to 75% surely do not plug the £1M gap completely. It is of course guesswork to establish the full price of the players every four weeks, but even at full pay, it appears optimistic to suggest that covers the million lost per month. The financial discrepancies go deeper, and it is of course up to Whitehouse and Clark to find viable ways to complete the million.
If they cannot, if the financial bleeding does not coagulate soon, then the club becomes absolutely reliant on a speedy takeover to inject that cash. There is speculation of many interested parties, but takeovers take time, and no one party has yet submitted a formal bid so the waiting goes on.
In the interim, Duff & Phelps control the club – and one of the many ways they will try to heal the fiscal wounds Rangers suffer is by contesting the destination of £3.6M of apparent PAYE funds previously held by Whyte’s lawyers Collyer Bristow. This cash belongs to the club, but other parties have laid claim to it such as HMRC, Ticketus, and two companies in which Whyte has had involvement; Merchant Turnaround and Jerome Group Pension Fund.
This hearing will not take place till the end of the month, so while the shortfall could have been secured via success in this trial, David Whitehouse has specifically stated we cannot rely on that money on two levels; the time it will take for the hearing to occur, and the fact there is no guarantee the club can win all of it.
In the meantime, other measures have to take place, until a buyer might be found – and if one is not, simple survival is the aim.
Make no mistake, while recent events have inspired the fans a little, the club does still remain in a perilous position and merely coping until the trial, coping until a takeover, coping till the season is finished – none of this is guaranteed. The one certainty is in theory, financially speaking, the club can now fulfil its fixtures. That is at least substantial positive news.
But there is a long way to go before we can be reassured of the future of Rangers FC and it would be prudent of all supporters to stand psychological guard against good news until we know for sure it can be trusted.