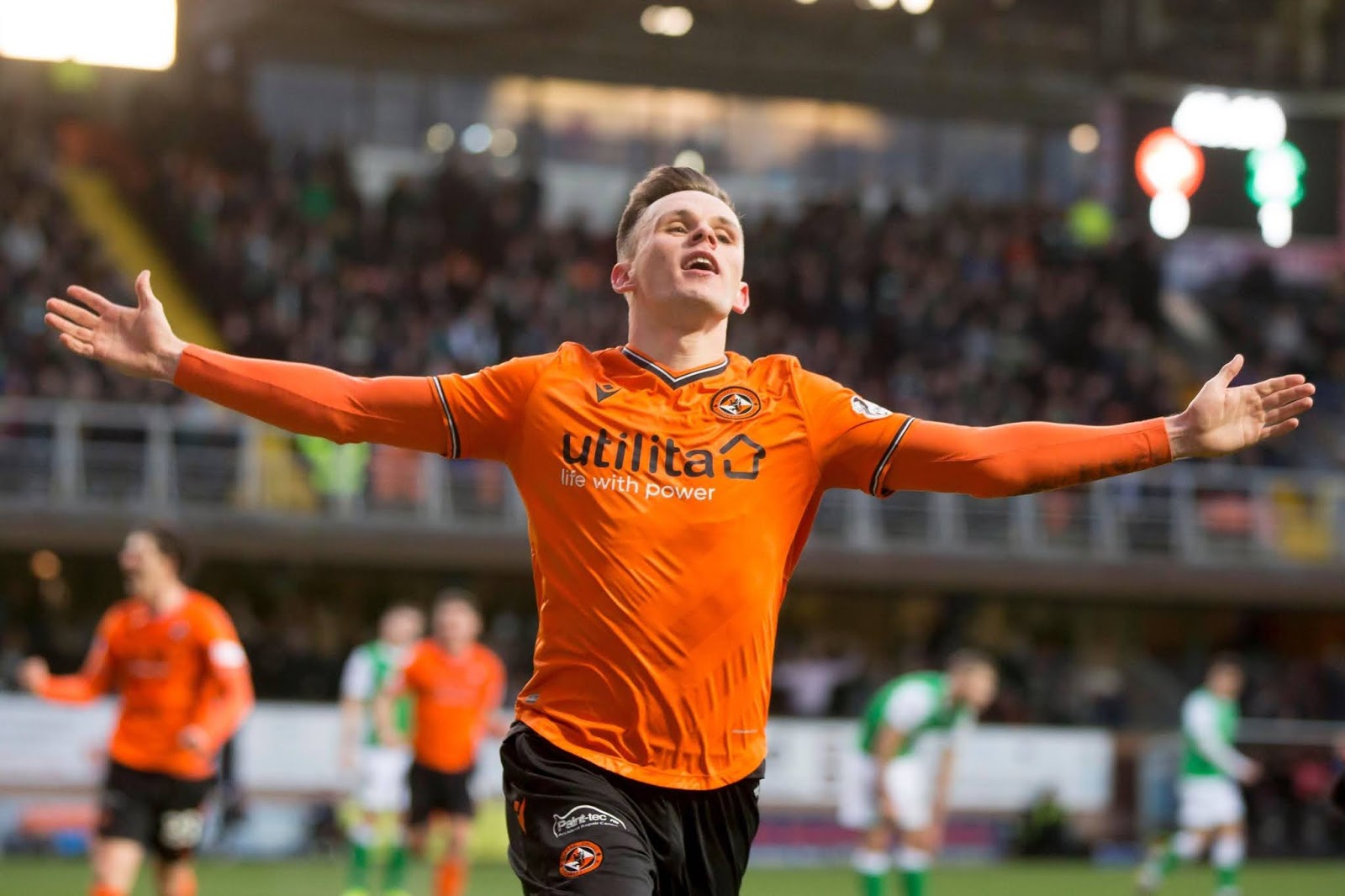 Reports are increasing that Rangers have turned their striking attentions over to Dundee United forward and lifelong Rangers fan Lawrence Shankland, with claims the hit Championship striker is set to be announced imminently.

The striker, who has a career 128 goals in 254 appearances, has been ‘on fire’ pretty much his entire professional career, but of course the infamous caveat is that all his goals have been at Championship or League One level, and he’s yet to score in Scotland’s top flight.

He made his maiden bow yesterday in the SPL against St Johnstone, and while he managed to get three shots in, none were on target so he still waits to break that duck.

Whether he’s good enough for Rangers no one really knows.

The two most valid comparisons seem to be Nicky Clark and the man he could replacing, Alfredo Morelos.

Clark stormed the lower divisions with Queen of the South but struggled dreadfully with the weight of the Rangers shirt, while Morelos was an unknown quantity scoring for fun in Finland and he translated that to Ibrox.

So, it can go either way, in truth.

The boyhood Bear is contracted for another couple of years but won’t cost a dreadful fortune to prise from Tannadice, and could just turn out to be a gem who thrives for the shirt.

We’ll see if he ends up playing for the team he loves.