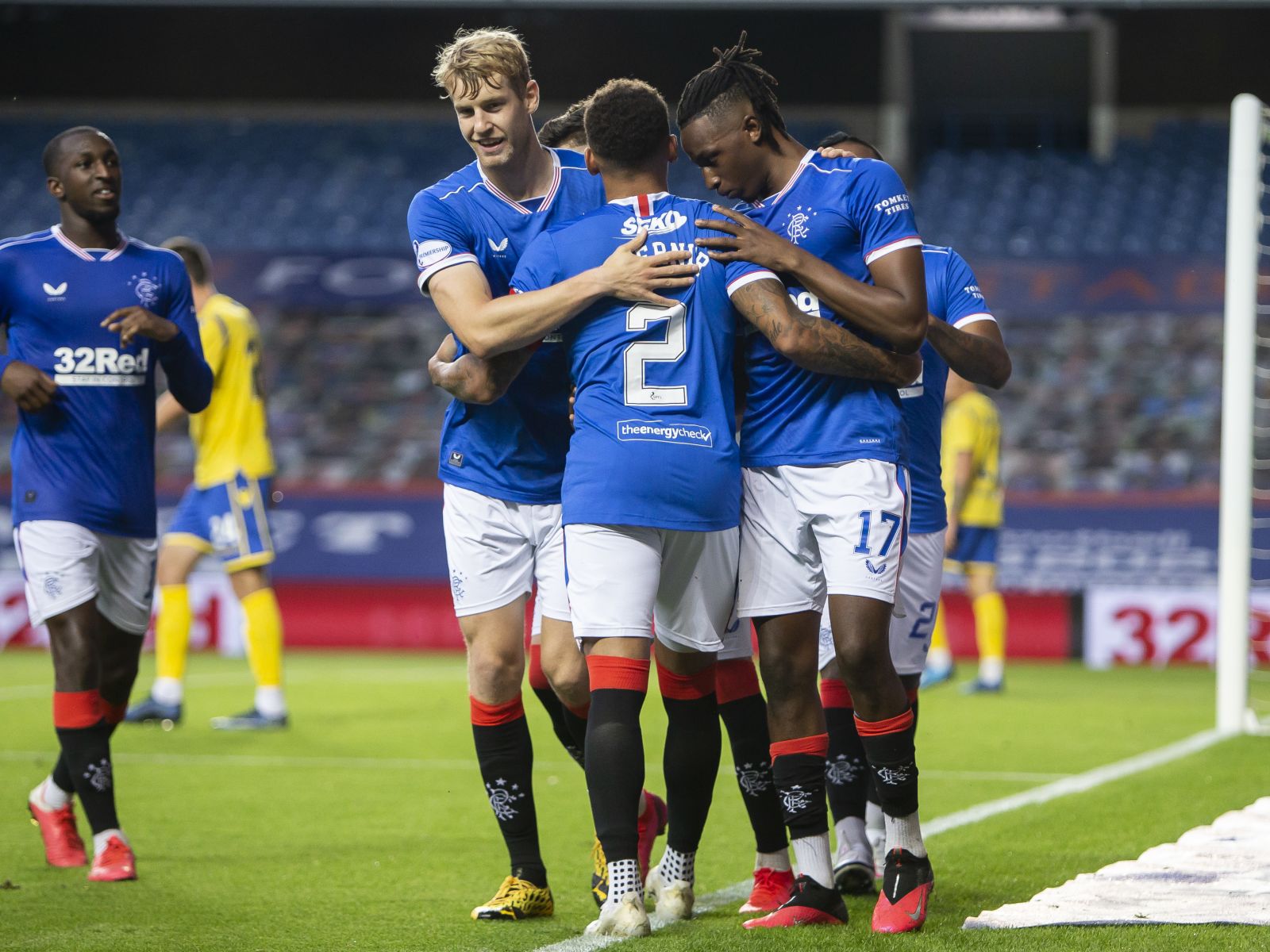 Rangers’ solid start to the new season continued tonight as they ran out comfortable enough winners over a fairly well-organised St Johnstone side.

Ibrox Noise brings you our ratings on a continued 100% record.

Not called into much, except one early scare from Callum Hendry and a fine stop. Aside that, not overly needed. 6

Seemed quite subdued despite playing as that pseudo-winger again – got some crosses in but didn’t have a big impact aside the corner assist. Competent enough just not massively effective. 6

A decent evening overall, tested a little more but came through it. Useful on the ball but only managed a small number of defensive interventions. 6

Was absolutely torn to shreds by Callum Hendry inside 5 minutes and didn’t look the comfortable smooth self afterwards. Certainly his weakest display, and was hauled off with an injury at half time. 5

Like Tavernier again, playing as a winger but had a much more clinical and effective night. Stunning assist for Kent’s brilliant second, and the free kick goal was simply world class. He’s shining at the moment. 9

He’s benefitting from this new system, the double-pivot. His game is simpler, and he’s rarely wasting passes. Playing as a ‘metronome’, keeping things ticking nicely. 7

Ok, time to call this one – he’s suffering from the new formation, and may also be carrying an injury. He’s not quite hitting the heights he’s capable of, doesn’t look very aggressive and he’s not covering the pitch with the same gusto. Not bad, but not up to what he has been in the past for us. 6

Despite being central back in his 10 position a lot of the time, Aribo didn’t have a particularly good match. One fine pass off balance and the goal aside, he didn’t get into this one, and we saw few of those wonderful stomping runs of his. But the goal counts for a lot and killed the match off. 6

Found himself mostly on the right again and his game suffered for it. He did get better as the match wore on but this position just doesn’t suit him. Stevie eventually has to realise only one of he and Aribo can play in this team. 6

His goal was absolutely stellar but the rest of his game was just competent. Continues to work hard, and was bright in effort and movement, but a lack of incisive and penetrative play overall. 6

Looks much happier, and worked hard, but it was an off night overall and he didn’t look sharp. One decent shot on target was saved, but otherwise, not exactly a great performance. 6

Sticking with this 4-2-3-1 for now and it’s getting him through these matches, but not enough players are shining in it. Some are looking decent, but few are excelling at the moment, and while for now he can be happy with the result, the performance was patchy and not coherent enough. But the points ARE what matter. 7

Must admit it’s the best he’s played in the SPL for a very, very long time. Nothing got past him, and he looked sharp, quick, and was able to snuff out all danger. Really good cameo in the second half. 7

Rustier than a needle left in the rain for 40 years, the forward needs a lot of time to get up to speed. He also needs to be playing in the correct position, and not the left wing. 5

A lot better than his cameo last time, he actually got some of the ball and got involved. Looks maybe a little laggy and cumbersome, but requires some time to get to grips with the SPL. 5

Davis and Arfield: Neither of them stood out hugely, but quietly plodded along. N/A