Home Rangers Analysis – what do Rangers have in Calvin Bassey? 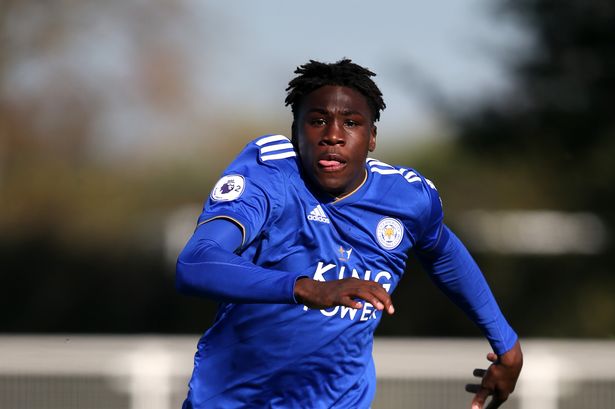 We’ve not discussed the capture of 20-year old Calvin Bassey too much yet, with the left back being Rangers’ first signing of the summer window.

Ross Wilson and Steven Gerrard brought him north from Leicester on a four-year deal, and I think it’s safe to say we’d all be lying if we said we knew of him before we signed him.

So, what do we now know of our new recruit?

Not a lot, in truth.

We know he’s a big lad, quick, that he’s keen on driving forward, can deputise as a central defender, and he’s been a regular for Leicester U23s in the Premier League 2.

We also know he cost around £250,000 on the usual cross-border rules, so it’s a low-risk signing – same with Joe Aribo last season – same price, albeit much higher wage, but low risk due to that modest transfer fee.

As for Bassey, the motivations for this signing are interesting. We put out a piece yesterday suggesting Brendan Rodgers may be looking at Borna Barisic, and were smeared by many because they stated categorically that Bassey is just backup for the Croat because we released Halliday and Flanagan.

And frankly, isn’t that the point? If we needed backup for Barisic, we already had it in Halliday at least. Why release him at all.

No, we think there’s a bigger role in mind for Bassey, much bigger, because Steven Gerrard’s history at Ibrox is to sign players of his age and play them.

Coulibaly, Ejaria, Worrall, Aribo, Kent, Ojo – just a few examples of the young players he’s brought in on loan or permanent, and who mostly played a lot more than they didn’t. There are also Katic, Edmundson and Barker, who have had mixed results.

For right or wrong, these guys mostly feature heavily, and we suspect Bassey will too.

Our biggest concern with Bassey is his lack of senior football. He’s never played a match, and Brendan Rodgers wasn’t interested in replacing Fuchs, 34, with him, or indeed retaining him for down the line.

In short, while on paper the kid seems decent, and we don’t want to be harsh, it’s once again another young player brought in from another club instead of one of our own, and all we can hope is he’s as good as we need him to be for #stopthetims.

Just a shame our own Academy wasn’t deemed good enough to supply someone itself.