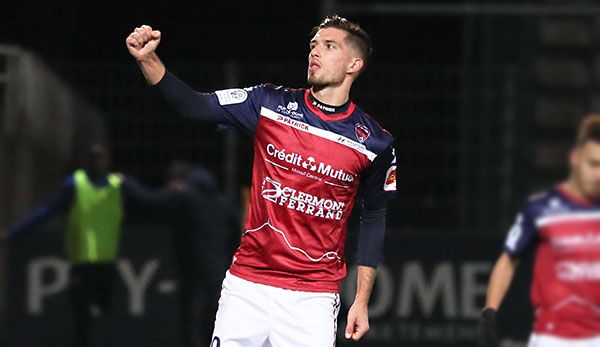 As many fans will know, Rangers have been linked to Clermont’s Adrian Grbic, with the 23-year old striker having a strong campaign with an impressive 17 goals in 26 outings.

While this is admittedly in France’s Ligue 2, his side was in a strong position for a promotion place (only 4 points off the lead), and his career at top flight levels is similarly inspiring.

In Austria’s Bundesliga a very respectable 4 in 16 with the previous season yielding 7 in 26 demonstrates an improving striker who, at arguably a stronger level in France’s second division, has grown and is now nailing well over one in two.

The Austrian youth striker doesn’t have a cap yet for his senior nation, but his goals tally is 17 in 59 which is respectable at national level, and his displays at U21 level have brought in 5 in 19.

Rangers face competition for the 6ft 2 colossus, with Brighton (them again) also said to be interested, and as for the player himself, he’s both regarded as a dead-ball specialist and is a self-proclaimed one too, while also being technically strong and equally as capable with either foot.

This is a hitman going places and he’s on the verge of a senior call up as well.

His current contract ends in two years, and his market value is said to be under £3M, but with the competition for his signature beginning to hot up, if Rangers are serious about him as a Morelos replacement, they better move soon.