Home Rangers Pundit controversy, but does he have a point…? 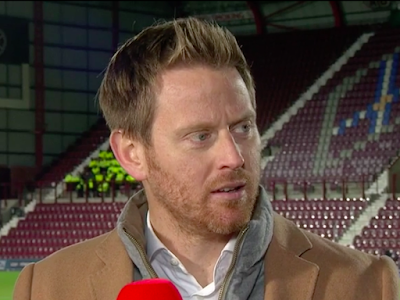 We don’t generally agree with Michael Stewart – he’s pretty much attention-seeking and always saying something controversial, usually something which attacks Rangers.

In fairness to him though he’s always been constructive now and again, after all he praised Douglas Park for taking the reins at Ibrox during this difficult time.

And we had to think carefully about what we make of his comments today about Rangers acting in ‘bad faith’ over the evidence the club claims to have against the SPFL in regards the dodgy vote.

On the surface yes, there is definitely a growing frustration now, even among our fans, that this evidence has not been detonated yet, that we’re still nonethewiser about what it allegedly is and that it’s taking this long. It is making some fans (and indeed SPFL fans) question whether there really is a smoking gun or not.

And equally fairly to Stewart he calls out the SPFL themselves as well for absolutely diabolical conduct during all this, and for MacLennan’s farcical ‘interview’ in the paper recently.

It’s true – Rangers are taking their sweet time over this, but the present sense seems to be that the board is waiting on the EGM before launching their nuke – that the evidence is waiting for maximum impact before being deployed.

And the EGM certainly would work for that.

But, of course, if Rangers fail to deliver after all this, it could be deeply, deeply embarrassing.

Stewart isn’t entirely wrong – Rangers need to quit stalling and get on with it, but of course, the club tactic is to do that when the iron is hot at the EGM.

We are acting in faith as fans that Rangers do have the proof and will cause major havoc with it come the meeting, but we equally hope we aren’t let down, such has been the sheer wait for it.