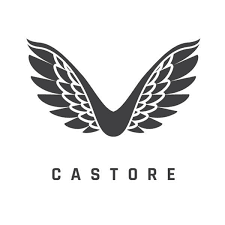 While the Liverpool-based sports manufacturer is a premium brand, there are a number of key issues fans are debating over this partnership:

1: They’ve never made football kits before, far less partnered with a football team.

2: As a premium grade maker, they’re a lot more expensive than the Nikes and Adidases of this world.

3: They’re a new company, can they possibly cope with Rangers’ fan demand?

1: Under Armour hadn’t either – teaming up with Spurs then Andy Murray was their first foray into UK football and sport. Suddenly, the US giant is now big in Europe.

3: This is the one we slightly agree with – they’re a young outfit and they’re not exactly big. Rangers will surely have done due diligence on their ability to supply the demand. But it’s still a risk, despite any potential guarantees.

It’s a name most of us hadn’t heard of, and even less would have but for Andy Murray.

As long as the kit is good quality, and supply meets demand, we’re good with it. But we know some fans aren’t thrilled with the deal.

And that’s ok. Where do you stand on it?

Are you happy with Castore and Rangers’ deal?
Created with Poll Maker