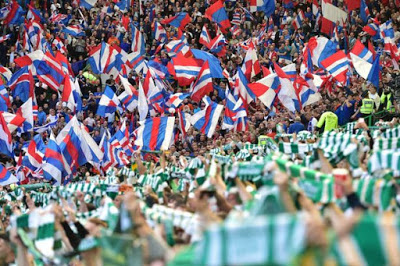 Rumours have begun to circle that Celtic are to be awarded the title tomorrow, and that this season’s Premiership will be abandoned.

The claim comes off the back off a number of legitimate solutions such as rescheduling the season, finishing it late, or going through a playoff program, but instead the allegation is that 19/20 will be ended early and Celtic given the title, in easily the most tainted championship win in history.

Of course if the season is ended at this point, Hearts will be relegated, and Ann Budge has threatened legal action if that’s the case, as we pointed out yesterday.

There are other solutions, such as relegation not being a thing this season and instead giving promotions and increasing the SPL size to 14 next season, which is something long-mooted.

But for now, if these stories we’re hearing are true, then the season ceases tomorrow officially and Celtic are rather embarrassingly crowned champions, with nearly 10 matches still to play.

Other nations have posited far more sane approaches, such as aforementioned playoffs or extensions, but here in Scotland it’s considered best just to do something utterly invalid to come up with an outcome.

Would Celtic have won the title anyway? Probably.

But ‘probably’ doesn’t stand up in court and Budge might not be the only one who considers legal action if this comes to pass.