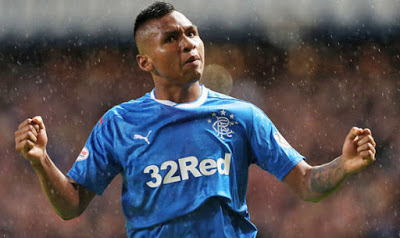 Rangers got a critical three points today after another horrific display in Dingwall, and we’ll digest through the points in due course, but one thing stands out:

Alfredo Morelos is done at Ibrox.

We’re not the only fans who can tell he’s overweight, not interested, immobile, can’t score, and quite simply doesn’t want to be here any more.

His lack of grace towards the dugout when he was subbed off after yet another useless display demonstrates something clearly isn’t right between him and management, after he ignored them before heading off.

His attitude stinks, frankly, and we can rarely remember a less interested or effective striker for Rangers than the one Alfredo Morelos is now.

Gone is the hard work, gone are the runs he used to make, gone is the tussling with defenders.

He quite simply looks like he doesn’t give a damn, and it’s time we said goodbye.

We’ve had enough, and we suspect most of you have too.

Time for Alfredo to go?
Created with Poll Maker