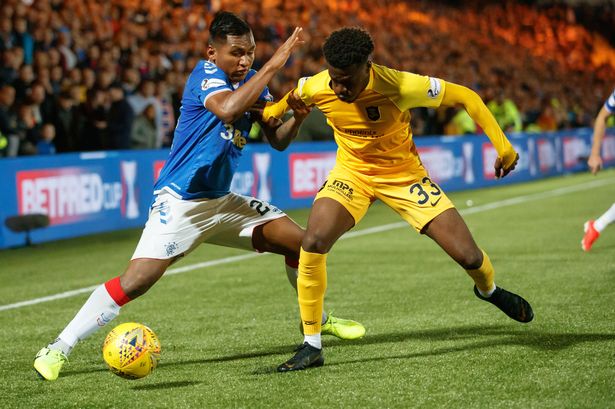 There is no question Livi are having a fine season. Gary Holt’s men have been long-standing regulars in the SPL, and give or take, at least once a season, they go through a ‘spurt’ spell where they look immensely strong indeed.

In fact, going through one now, the Tony Macaroni (or Almondvale to the rest of us) side have the second-best league form only to Celtic, and by a distance from the third placed side, depending on how far back you want to go in the current run.

In short, right now, on results (merit?), Livingston are the second-best team in the league with a staggering 12 points of the last 15 and 22 of the last 30.

Rangers naturally host them today, in a match that goes beyond ‘must win’, and we’re at a point in the season where position is starting to mean something.

Manager Steven Gerrard has not given up on the league, but has admitted it is now extremely hard and the pursuit of it has hit ‘complications’, but with Rangers dropping the ball as they have the past month or so, the visit of the second most in-form side in the league with one of the most in-form strikers in the division probably couldn’t come at a worse time.

This is not us conceding defeat, but giving deserved respect to an opponent who have earned the right to be respected.

But if the right Rangers finally turns up, Gary Holt’s men should struggle.

The problem with Rangers’ ponderous style at present though is it sadly plays into Livi’s hands – a tight, well-drilled unit who compress deep, sit behind the ball, but clinically take their chances when given.

That’s a danger to the home team – instead of an open side who come to Ibrox looking to win, Livi will come believing they can win by simply suffocating Rangers.

And let’s face it, doing so hasn’t been hard for any team lately.

Stevie HAS to get the selection, system, and attitude right today. This isn’t a Hamilton or a Stranraer who you get away with subpar displays against – this is effectively Scotland’s second-best team at the moment.

They’re in that position on merit – only a flying start and not letting them breathe will yield a positive result today.