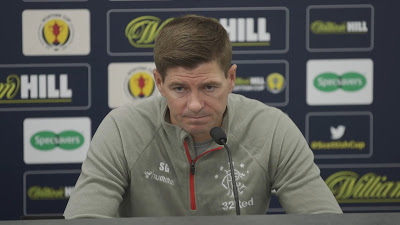 Steven Gerrard has today confirmed what Ibrox Noise brought you many weeks ago, that defender Filip Helander’s prognosis is looking like March at the earliest.

The Swede suffered a ‘unique foot injury’ last year and ended up in a leg brace, and despite traveling to Dubai was obviously completely unable to take part, with some commentators suggesting he’d be back in February.

But we knew this was optimistic at best, and Gerrard has confirmed it:

“I still think he’ll be at least a month.”

So, possibly out of the brace inside four weeks but a lot of weeks to get back to fitness again. The Swede is clearly still in the brace, and has obviously looked after himself as much as possible, but barely being able to walk is a bit of a hindrance and the spell out will have knocked shades off his match fitness.

We’d be very surprised if he’s back in heavy competitive action significantly before April, but we’ll see.