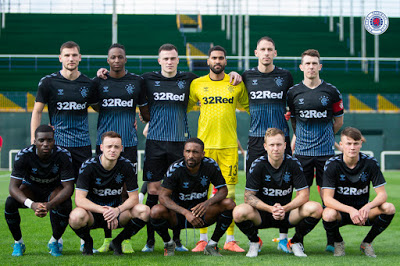 The winger, 25, has been out three months, and while recently regaining fitness, had been left out of the match day squad – only to get an impressive half in Dubai as one of the players Gerrard hinted had pushed himself closer to contention.

“He’s a good player but he’s had a frustrating time. He started his Rangers’ career really strong and it looked like he was going to contribute really heavily and then he was missing 12 weeks. Just before the break, we were waiting for the real Jordan to stand up but he probably just ran out of time. On Saturday’s evidence, he looks like he’s come back with the bit between his teeth and that’s what I want to see. I want to see him trying to force his way into the 11 and he done himself no harm. I thought his performance was really good.”

Quite honestly it’s the first strong and positive words Gerrard’s really said about Jones, and he certainly wasn’t kidding in September when he said the NI winger would have to really fight to get back in his team.

So Jones’ return would be a welcome fillip in that sense.

The only twist in the plot would be a firm and temping bid from down south with Blackburn, Middlesbrough and Stoke among the interested parties.

We’ll see if he’s one Stevie wants to keep after all.