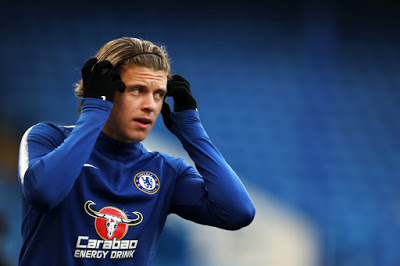 Steven Gerrard is always on the lookout for new talent that can enhance the squad, rather than just filler men to bulk it up.

With recent links to Renato Tapia diluted thanks to Celtic’s interest in the Peruvian DM, another in-progress deal down south might benefit from Stevie’s intervention after Chelsea recalled midfielder Conor Gallagher from Charlton.

The 19-year old, a rising star of English football, was immaculate this season in the Championship with Lee Bowyer’s men, and while it appears 90% he’s moving onto another Championship side on loan in the form of Swansea, the deal is not yet finalised and the Chelsea kid could be an excellent addition to Rangers’ squad.

His performances last year at the Valley were superb, with 25 starts, 6 goals and 3 assists, making him one of the top players at the side, and indeed division.

And we could certainly do a lot worse than an England U21 international regular who looks like he’s set to rise to the top of the game down south.

Of course, Rangers have been mentioned in regards to this player before, so the link isn’t exactly new, but with him close to securing a move to Wales, this would be a fantastic time to not only get a great player who will strengthen the squad, but to really annoy Lee Bowyer as well who absolutely hates us.

Hopefully this could be an impressive 11th hour mugging.