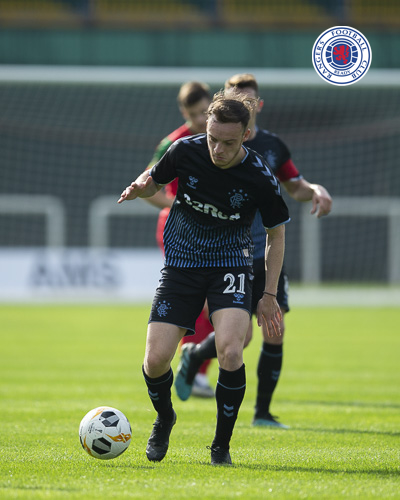 We did warn our readers when we moved for Brandon Barker that it wasn’t a good signing. One good performance at Easter Road v James Tavernier (hardly defender of the year) was what this guy lived off in Scotland, and his injury history was dire at best.

We tried our best to see the positives of this signing, but truthfully we came up short, and acknowledged it had been a panic signing because the Kent deal was off.

Of course, history teaches us the Kent situation had a final twist, and suddenly the four-year deal for a truly mediocre winger who wasn’t even good enough for Rangers’ squad never mind first team looked absolutely atrocious.

Not a year loan, not even a 6-month loan, as a trial, but a full four-bloody year permanent deal – we can only point the finger of blame for this one firmly at Mark Allen, who evidently found Rangers a second Aaron Nemane thanks to his contacts at the Etihad.

We have nothing against Barker, we really don’t – he’s a genuinely decent guy who just wants to play football. But his media interviews for the official channel after his unveiling looked 100% like a guy who was high on the fact he’d been signed by Rangers on a four-year deal despite his painfully underwhelming career so far.

Which is not to say he’d never played for a good team – in fact he spent time with Breda in Holland, and an honourable season in the Championship for Preston. Unfortunately his stats tell the story. In Holland, 22 appearances, 2 goals and one assist. The Championship? 16 appearances 2 assists. It’s better than nothing but it’s not good enough for Rangers. Nowhere near.

And reviews of his latest display in Dubai only enhance the concerns fans have about him.

True, Borna Barisic turned round an awful start at Ibrox, but then he was already a firmly-established Croat international. We can say with a decent degree of certainty that Barker is unlikely to be capped for England’s senior side, albeit he has a few youth caps.

Barker, basically, is an SPL or lower Championship/League One player. He cannot handle the demands of Rangers, and in fairness to him, not everyone can.

But we have to say if ever a panic buy defined the phrase, Barker would be it.