Home Rangers 6 Rangers men, one critical job – who gets your vote? 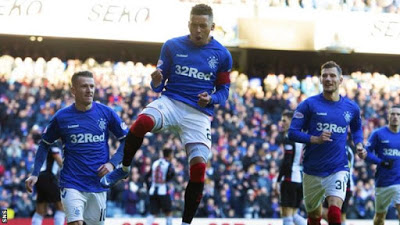 This one is a bit hypothetical because we know the only way James Tavernier is giving up the captaincy is by being sold, and even then, Connor Goldson might take over by default as the vice.

But, in the unlikely event OF Tavernier being pawned off for big money, who would Rangers fans like to see as captain?

Of course, very few endorse his role as leader at present as it is, believing others would be far better anyway, so this is a tad moot. And Ibrox Noise now takes you through the leading contenders to be Rangers’ new captain.

There is one very big reason we will keep to ourselves why Arfield would not be a suitable captain, but in everything else, he nails it. He’s a fine captain for his country, and he’s an absolute leader on Rangers’ pitch – he marshals the midfield, and Rangers do play worse when he’s not around.

Knows the club like the back of his hand, and many would call him on this, but he has had moments of madness and loses the plot more than he used to, so maybe he’s no longer the best candidate for the job. But he’s still a strong leader out there.

Done it before, and he’s the captain of his country too, and of course he’s one of us. He’s probably, consistency-wise, been our best player since the split last season, and many would be comfortable with the armband on him.

This is probably most fans’ favourite choice – a true blue, a former captain of Aberdeen, and bursts his everything to give the club his all. He’s a definite leader, and many have him as future captain. Trouble is, what does that mean – he’s 27, same age as the current captain and nearly 28. It’s not like he’s 22.

In terms of the regular XI, those four are clearly the standout favourites.

Who would your choice be of them?