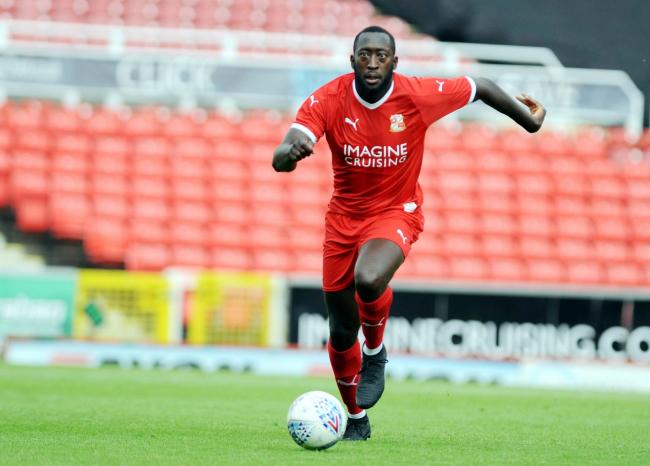 Toumani Diagouraga. Not a name a lot of Rangers fans will remember, but this colossal midfielder, once of Brentford, was heavily linked with a move to then-Mark Warburton’s Rangers.

Now-32, the French titan, standing over 6ft 2, was hyped as a huge marauding Patrick Vieira or Yaya Toure type, and Rangers were up against Leeds for his signature.

Leeds won, a fee said to be a little under £1M, and oh how they lived to regret that.

The huge DM has been on a nomadic career, and really felt he’d hit the big time going to Elland Road with Rangers on his tails too – now he’s at the mighty Morecamble in a recent move, his career hitting the level it probably always suited.

It’s safe to say he did not thrive at Leeds, managing barely 20 appearances in his two seasons there, eventually shipping out to Ipswich on loan.

Now he’s languishing in the same division as Ryan Hardie – the lowest professional tier of the EFL – glorious League Two.

Now, we’re not slagging this guy off – he’s a decent chap by all accounts and just wants to play football. We really don’t mean to sound cruel to someone who’s just an honest footballer.

But it gives you some idea of where we are now, despite our recent difficulties, that our main DMs are Steven Davis and Glen Kamara, as opposed to a lower league DM who couldn’t get a call up to France’s youth teams never mind a senior cap.

Things definitely changed for Rangers – that Diagouraga had the choice of Rangers or Leeds and Rangers ‘lost out’ pretty much on a price and wage basis where now we’re bringing in guys like Davis, Defoe and Arfield gives some idea of the progress we made in literally barely two years.

Best of luck to the big chap, but we’re glad those days are a long ways past.