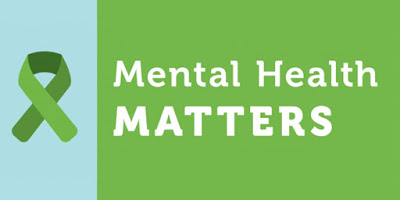 We’re not always big fans of Sky in general, from dodgy punditry in places to the persistent use of Celtic men for Rangers matches, but we cannot speak highly enough of their focus on Mental Health Awareness week.

Being a long-term sufferer of PTSD and anxiety issues, I can deeply identify with psychological issues, and I’m not ashamed of it. My name is Danny, some like me, some hate me, many know me, I’m the main bloke behind Ibrox Noise, and I’m delighted to see so many people get behind those who are coming out with their mental health issues.

Paul Merson’s discussion on Sky Sports’ The Debate woke a lot of people up to the trauma, the stigma and the sheer suffering of those afflicted with mental health issues, be they the most common one depression or a more acute anxiety, schizophrenia, bi-polar you name it.

Mine changed my life in a big way, but I learned to live with it and respect it, and adjust my life a lot to deal with it. It’s mostly incurable but it does get better. I even got abuse for it, in a roundabout way, but one ‘side’ effect in my case is a thicker skin than most. People can be incredibly nasty online, it has to be said. They can also be deeply kind, and this is a week where people’s kindness will be much more important.

I don’t mind talking about it if it helps others to feel they’re not alone either, and Sky are doing a good thing making a big deal of it.

It’s so prevalent in sport, hence the FA of England have adjusted KO times to make people think just a minute about mental health in football, sport, and life in general.

Like Paul said, this isn’t just a week thing, it’s a life thing – we can’t just forget about this come Monday – one third of the UK has a mental health issue of one description or another, and it’s the most common illness out there.

Everyone knows someone who is depressed, or has some mental health problem – I know few who frankly don’t.

And talking about it really is that big a deal. I don’t talk about mine a lot, but when I do it takes a big weight off – I’m not a bad person, like Merson said, I just have a mental health issue. And I don’t mind chatting about it. Frankly you can’t shut me up sometimes, ask the missus.

I am, however, privileged and lucky to be a happy person, so I appreciate what I have rather than regretting what I don’t – and I know many don’t have that fortune, and they’re deep in depression or other mental illness.

You can all talk about it, with friends, family, even your doctor. Even on here – be it on site or our Facebook page.

That’s why this week is so important – raise the topic of mental health, remove the stigma, and help each other – just by listening.

We don’t even all have to understand what the other is feeling, but being understandING of them and just being there for them is good enough.

I leave you with this, the only way I was ever able to make my family understand what was going on with me and how to handle me.