Home Rangers What on earth happened to Ryan Jack? 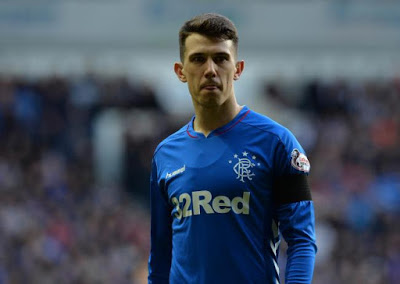 Among the euphoria of yesterday’s stunning win in Glasgow’s east end, there was definitely a major puzzle about one performance – the truly dreadful showing of normally unflappable Ryan Jack.

This lad’s form has been staggering this season, easily Rangers’ most important player in so many ways, and leading up to this one it’s only continued.

But then at Parkhead, his passes went astray, he gave away the ball constantly, attempted at least two bizarre ‘reverse karate kick’ tackles and played a big part in the concession of the goal.

At one point he even tried clearing a cross with the back of his foot behind him.

We have no idea what in goodness’ name was going on yesterday with Ryan Jack – did he miss Scott Arfield’s experience around him? Nothing else could be blamed, tactics wise, for the inexplicably poor display of the normally-utterly reliable midfield dynamo.

His concentration was all over the place, his passing even worse, and we even proposed Gerrard should haul him at half time.

He was marginally better in the second half, barely, and mercifully the other 10 had strong games to combat his ineffectiveness – but just what on earth was going down with him?

It does happen – even the best players have bad games, and Jack has not turned into a rotten player overnight.

We’re sure he’ll bounce back to his best next year.

But even he will know he had a nightmare yesterday – and we can only posit an off-pitch reason for it.

It’s a genuine puzzle, one we have no answer for.