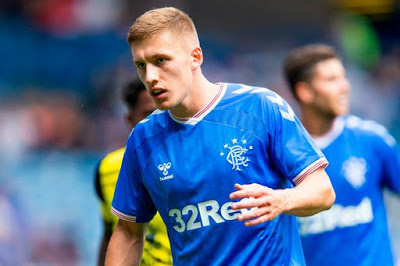 We’re going to quote you a clutch of names here at Ibrox Noise, and you’re going to put the dots together and tell us what they have in common:

Can you tell what it is yet?

That’s right, since this season started, the above group of players, almost an entire first team XI indeed, have been out of favour and hardly been used under Steven Gerrard.

Now, before we go on – we are not criticising the manager because, until recently, most things he touched turned to gold.

However, we do wonder what the point of having all these players is when there appears little intention to select them.

Which is why, with us in the dark winter months and getting to that critical stage of the season where injury and suspension starts to become a key defining factor, it is obvious to us that these players now need proper using.

There are high quality players in there, almost all of whom are ready, fit and available and the likes of Docherty, Jones and Katic especially are as good as the players currently in the XI, if not better.

We’d love to see these guys all play a bigger role in the second half of the season, starting now.

We’d love to see these fresh names being given a chance and the fullest extent of this high-quality being squad being deployed.