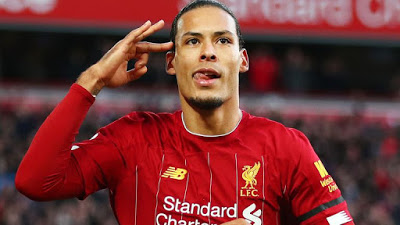 With all the talk of Alfredo Morelos’ value rising to staggering levels, an Ibrox Noise regular made a very salient point about another rising star of the same age as the Colombian, who is also at Ibrox.

The individual in question, like in Morelos’ first couple of seasons, has some rough edges to polish, but when on his game is as good as anyone in his position.

The site regular suggested the player we’re about to talk about would in fact be the record Scottish transfer in the future, and while it’s hard to qualify that, we at the site have previously discussed Nikola Katic’s rise from solid enough £2M defender to a stopper who has the potential to be in the £10M range, and in the future, maybe every inch as good as arguably the world’s best in Virgil Van Dijk.

Of course, when the Dutchman was at Celtic Park, while it was evident he was an outstanding stopper, it didn’t go much further at the time than Rangers fans’ praise of Carlos Cuellar, who was sold for a similar amount south, but few supporters ever thought he’d rise to the top of the game. And of course he didn’t. Solid enough time at Villa and in the PL but nothing to crow about and nowhere near his national team.

Van Dijk would have elicited the same response at Parkhead, an expectation he’d do a great turn for Southampton but not have an especially illustrious career beyond that.

It turns out he’s the world’s best defender, and no one saw that coming.

Whether Katic can aspire to that level is of course for cleverer analysts than us, but beyond learning the subtleties of defending, the Croat has all the tools in the box to be as good as he wants to be. And that makes his value hard to judge.

If he can iron out his flaws, Morelos style, he could well be, in concert with his bumper 5-year deal, a very, very lucrative player for Rangers indeed – a top quality defender from the SPL coins in £10M. That’s simply what they cost – Van Dijk, Hutton, Boumsong – all cost the same amount.

But that’s back in the day where these numbers were normal. They aren’t any more.

Katic could well go for double that if his progress continues and he realises his potential.

He’s a fine defender who is still learning, still soaking it all up.

Whether he could be worth more than Morelos is for another day, but he’s certainly of being worth a heck of a lot.