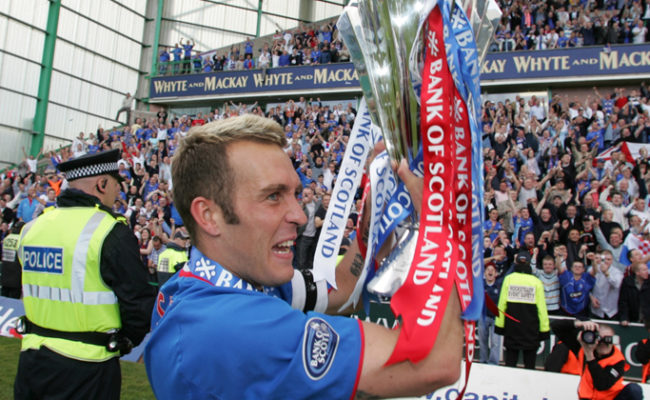 We feel like tonight’s meeting with a Dutch side was written by the football Gods. Whatever the result, the tragic death this week of Fernando Ricksen could not have come at a more poignant time, with Rangers about to face Feyenoord for only the second time in history, and a Dutch side, only two days after his passing.

Rangers will put a tribute on for the late 43-year old, but the fact Rangers are facing a Dutch team for the first time since Alkmaar 15 years ago (who ironically are the side Rangers signed Fernando from) really was written in the stars.

The only more astounding irony would have been to have gotten Fernando’s old side themselves, but of course seedings made that impossible.

Manager Steven Gerrard slightly dismissed the prophecy of all this, suggesting the poignancy of Rangers facing a Dutch side is secondary to the fact Fernando was a Rangers man, rather than a Dutch man, and frankly we don’t entirely agree with this.

His being Dutch was a massive part of his identity, the Dutch revolution of the 90s such an important part of Rangers’ history, and its significance should never be underestimated.

Indeed, his dismissal of the Dutch angle did show a slight lack of understanding of Rangers and our proud history and heritage with Dutch football. Fernando was a Ranger, and a Dutch man – both were deeply important.

But nevertheless, we find the visit of Feyenoord to be very profound. True, Fernando didn’t play for them, but that shouldn’t really matter.

Let’s hope for a match which lives up to his memory.