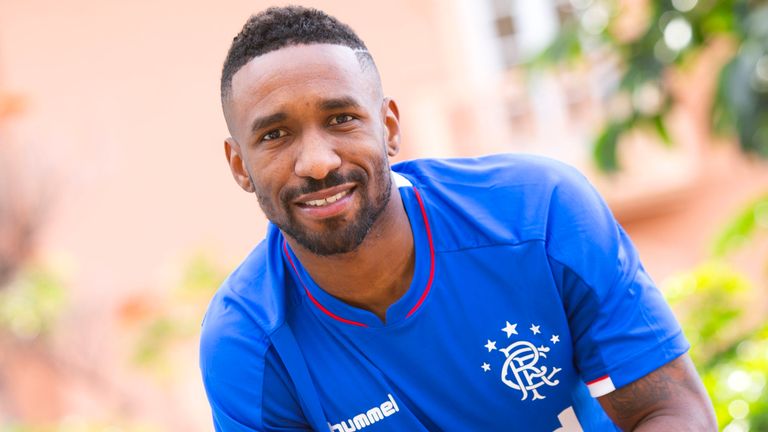 When Rangers were linked with Bournemouth and former Spurs and England striker Jermain Defoe, it was regarded up there with the silly season nonsense of Joey Barton.

“The Joey Barton Fallacy” we’ve labelled it here on the site, where any rumour is possibly true no matter how ridiculous it seems on the surface.

Signing Barton was proof Rangers could still attract stonking names, and Defoe only cemented that notion.

And even though it took the veteran hitman a little time to get up to speed, his split form in Alfredo Morelos’ absence coupled with his absolutely sizzling start to this season show that despite his advancing years, there is no better man for the Colombian to learn his trade further from than the ex-Sunderland striker.

Put simply, Defoe’s personality, attitude, movement, finishing and intelligence are absolutely world class. They’re top level. As yesterday’s commentary from Stephen Craigan suggested, if young players want to learn how to be a striker, there is no better man to learn from than Defoe.

In the horrific, blustery conditions of Methil Defoe’s quality shone like a beacon. His movement, touch and finish for his goal were out of this world, and he made the wind look non-existent as he bossed his few opportunities.

Yes, he missed one wildly but the bobble didn’t help, and he will never win everything in the air, but on the deck, when it comes to control, movement, composure and knowing when to advance and when to hold his run, Defoe is an obvious joy for his team mates to work with.

Jordan Jones especially has thrived on being able to feed Defoe – an intelligent winger who knows the forward is always going to be making the right runs to latch onto anything threaded through, and the linkup has been excellent.

In short, Defoe, despite being closer to 40 than 30, is like a Steven Gerrard himself on the pitch – he’s a former team mate of the Rangers boss who has had a similarly distinguished career at the highest levels of the game, and Gerrard clearly brought him in in order to get that kind of leadership out on the pitch that he himself would love to deliver, but is slightly hamstrung by being on the sidelines.

Defoe represents Rangers with class, and distinction – he’s had a classy career, and has always received respect from the game around him.

He came to Rangers to play, and team up with his old England mate Gerrard, and this partnership couldn’t be working better if it tried.