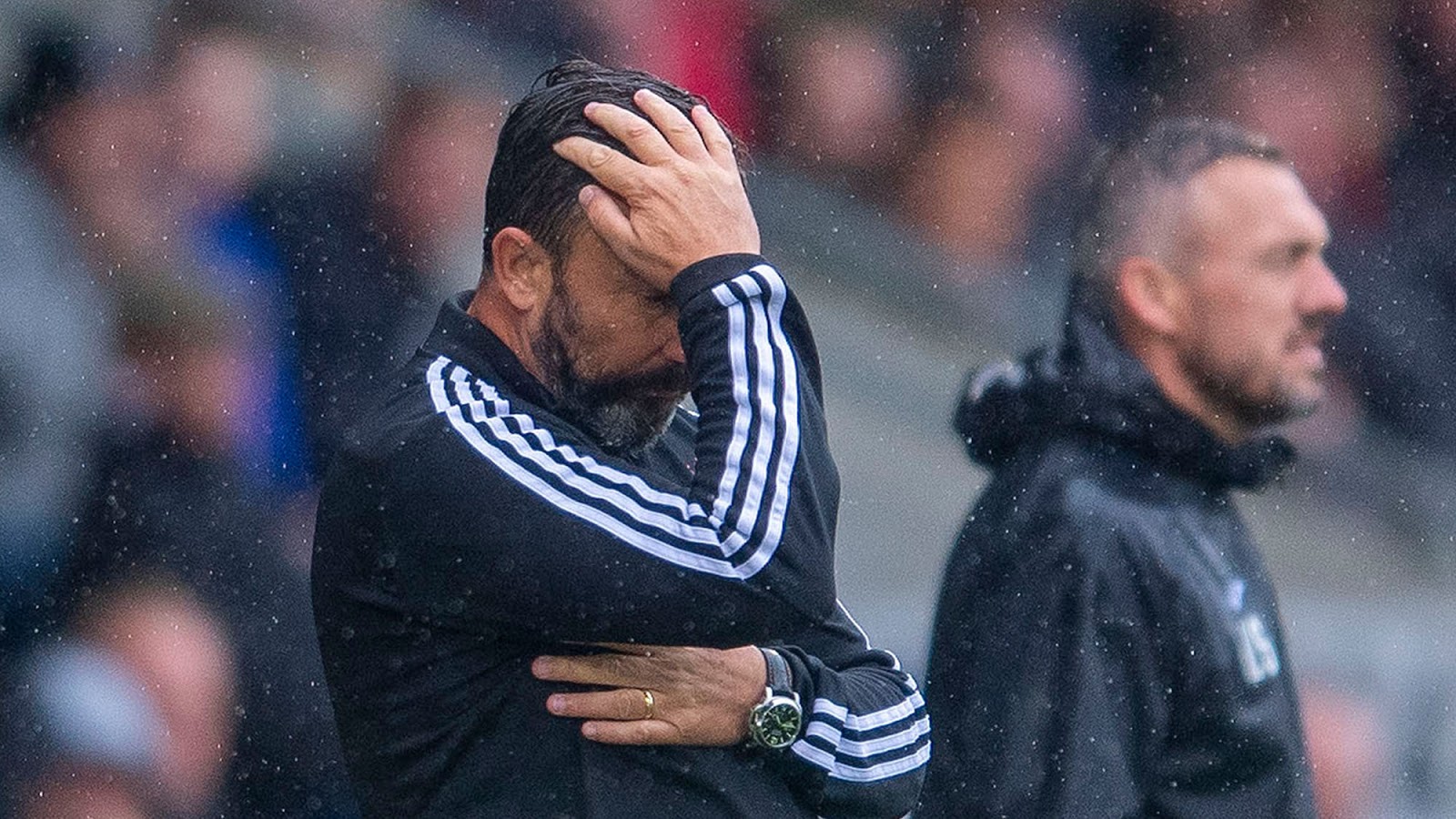 While Derek McInnes’ Aberdeen did ultimately prevail against Championship Dundee, the horror start to the season for the Dons (losing in the league, papped out of Europe) only makes two things abundantly clear for Rangers:

What on EARTH was our board moving for him for? Why in the name of all that is pure and holy did the board think he would be a good appointment?

And secondly, what a stonking bullet we dodged by his bottling it and turning the gig down.

Long-time readers know we were utterly, irrefutably against that appointment – one the majority of the board endorsed and wanted.

Thankfully, the man didn’t have the spine for the job and turned it down at the eleventh hour.

Rangers ended up instead with Steven Gerrard, which, yes, was a gamble, but it is a gamble that is starting to pay serious dividends.

Meanwhile Aberdeen lose to St Mirren, lose in Europe to God knows who, and nearly lost to a Championship team but for a late winner in extra time.

Derek McInnes just isn’t a great manager, and he would have been worse than Pedro ended up being – yet for some unseen reason Rangers wanted him.

Thank you so much Derek McInnes for turning us down.

Never been so happy to be rejected.