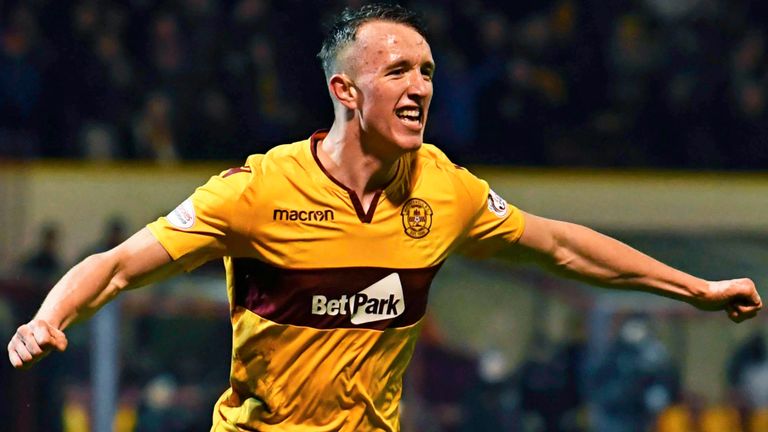 An astonishing twist surfaced this evening with the David Turnbull to Celtic saga, after initially appearing the deal had been done, it has emerged the £3M agreement to take the 19-year old midfielder from Fir Park to Parkhead has fallen through and club officials put out an embarrassing announcement intended to save face over the fact he said no.

More crucially, this opens the door wide for Steven Gerrard to take Turnbull to Ibrox instead, if he is interested, and given how well the playmaker performed last season, we would suspect such a signature would be a wise addition indeed.

And get a hell of a Novo over on Celtic, or a Mojo.

Whichever is your preference.

Despite submitting him a ‘magnificent offer’ (guffaw) Celtic were forced to confirm the lad has effectively rejected them and isn’t interested in the move to Parkhead.

Just because Motherwell accepted the fee and the player did the courtesy of speaking to the folks in Glasgow’s east end didn’t guarantee the deal would be done.

And now Rangers have a real chance to get a huge one over on Celtic by getting a player Ibrox Noise has rated highly for months and who could be one of the rising stars of Scottish football if he plays the next few weeks right.

Sure, the £3M is a lot of money, and it’s not like we’re threadbare in midfield, but Steven Davis isn’t getting any younger and we certainly don’t have never-ending depth in that department.

But what a story it would be to take Turnbull now.

What a story indeed…