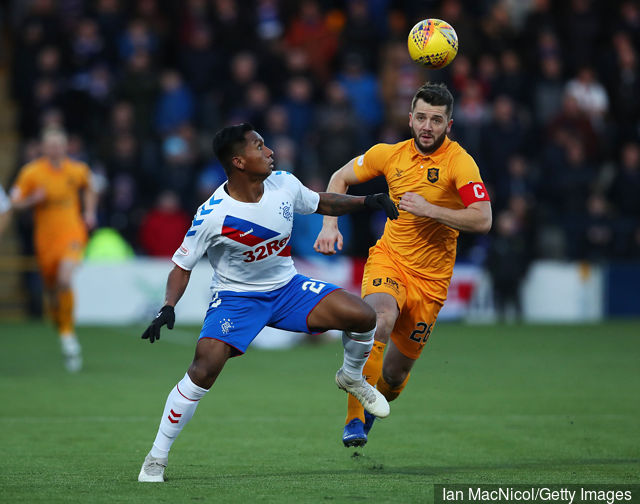 It’s initially hard to know what to make of this latest apology, but let’s analyse its content:

“Good afternoon, I would like to offer an apology to all the fans, my team-mates and the coaching staff for what happened in yesterday’s match. I promise to do everything in my power to ensure that nothing like that ever happens again & to give the club and fans my all. Thanks for the support and affection you’ve always given me. ALFREDO MORELOS.”

If ever an apology sounded forced and entirely instructed by his agent and/or the club it would be this one.

Furthermore, it sounds like he and one of the staff compiled it together to see what would sound best to fans and placate the Colombian as much as possible, not to mention for the further obvious reason he barely speaks a word of English.

The response overall has been mixed – after the initial rage over his actions, some fans seem to have softened on it, but when they then remember his appalling disciplinary problems will cost Rangers his services for the next four games the sentiment seems to halt.

It was right for him to apologise, but even the apology itself completely lacks commitment or affection towards the fans, the club or the staff.

Morelos has never once truly shown any real affinity with Rangers, with any platitudes contrived and mild, and if ever he wanted to play to the galleries and get himself a little slack a ‘WATP’ or ‘FF’ at the end might have helped.

Not even club slogans get into Morelos’ repertoire, not even when he’s trying to apologise, however hollow.

Rangers have been nothing but a stepping stone for this player since he joined – and the fact he’s barely hidden that and even in an apology can hardly rise to do so speaks volumes for his character as a Rangers player.

But that’s just our take.

Do you fine readers accept his apology?