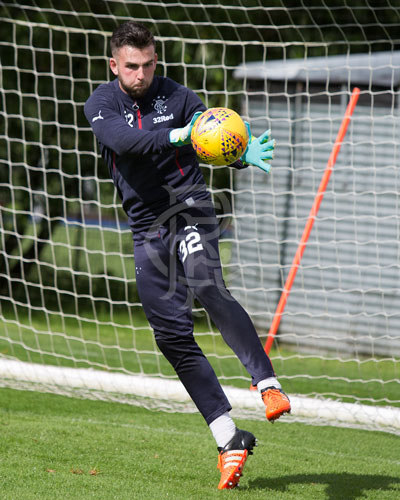 Mark Warburton made a lot of errors as manager back in the day. It would safe to say his managerial skills in the SPL were questionable and evidenced by his inability to find a new gig since leaving Forest.

However one call he made, more out of unfamiliarity than football knowledge, may have turned out the biggest mistake and dead on call at the same time;

Looking at the now-23-year old’s displays for the Almondvale side this season makes simply stunning reading.

For those who don’t know, he exeeds Allan McGregor for clean sheets, which is a truly staggering stat and a reason as to why they were so comfortably safe from relegation this season and bordered on scraping the top half of the table.

Indeed, prior to kick off yesterday Kelly was the only goalkeeper in the SPL who actually had more clean sheets to McGregor (13 to McGregor’s 12) – and come full time and both stoppers conceding, it remains the case.

In McGregor’s instance, there’s a bit of help – he’s a borderline world class goalkeeper who happens to be playing behind a team who keep ball a lot. While defence is pretty poor (more on that later, as we said before), midfield and attack have a lot of the play, which often takes pressure off our number one.

Kelly doesn’t have that – Livi have had an excellent season but they’re a notoriously defensive team and Kelly gets called into action a heck of a lot.

While we can argue that Warburton’s rejection of Kelly was a huge mistake at the time, by contrast, his growing maturity and performances for Gary Holt’s men mean even now he’s statistically the best-performing keeper in the SPL and a great chunk of that is down to developing out there away from the claustrophobic pressures of Ibrox. A mistake may have ended up a success.

It takes a special goalie to cope with the expectations of Govan – McGregor is one. But it could now be our 37-year old keeper, brilliant though he is, will have a possible successor right down the road ready to take his place in a few years.

And he’ll be another one of our own.