We will chew through yesterday’s talking points over the course of today, but following Pittodrie’s finest’s vile Ryan Jack banner, they’ve decided to go one better and insult Alfredo Morelos’ mother in possibly the worst-taste we’ve seen in football since the 90s and certain football ‘fans’ inviting David Beckham’s son Brooklyn to have cancer.

You see, it’s nasty enough to have a decapitated head of your ex-captain, because you’re butthurt over him leaving you for Scotland’s biggest team – sure, we get the pettiness there. 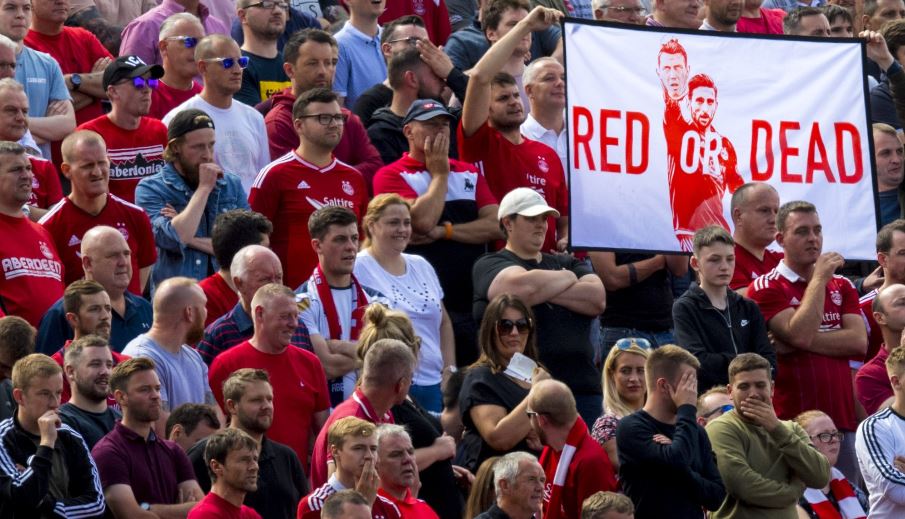 But there’s something morally over the score about bringing a player’s family into it, and insulting them.

It’s the old adage – say what you want about me, attack me if you like, but leave my loved ones out of this – and Aberdeen crossed the line.

We’ve been critical to say the least of their fans’ conduct – over the years this group of supporters have covered themselves in anything but glory when it comes to Rangers, and indeed the Scottish game, but insulting a player’s mother is a new level of disgrace that we should have thought better when believing not even Dons fans would stoop that low.

They did – they have truly shamed themselves, their colleagues, their club, and their city with that one.

We can take the Jack banner – it was nasty and uncalled for, but it insulted him and only him. When the home fans decided to attack an opponent’s mother it was the new level of bowel scraping Scottish football is sinking into.

Our game has become an absolute sewer for the worst elements of society to fester, and frankly we’re sick of it.

What a horrible lot Scottish football fans have become.