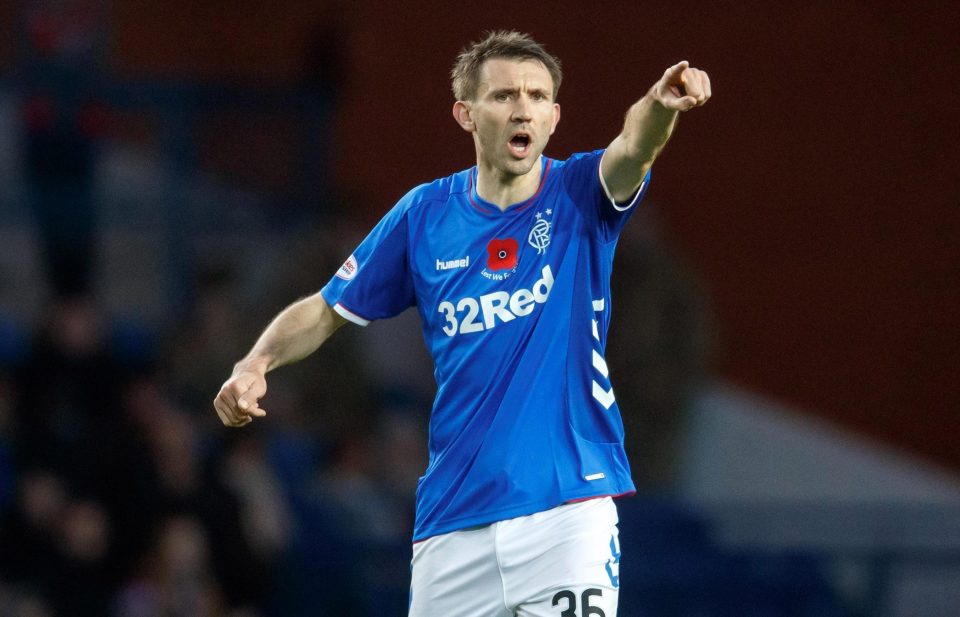 Regular readers to the site will know we think very highly of Gareth McAuley. A Ranger like us, the Northern Irish international has experience at the highest levels, with a tonne of matches in England’s top flight not to mentioned plenty of caps for his country.

The 39-year old really is the epitome of the wise head on battle-hardened shoulders and the perfect dichotomy to the lesser experienced players like Nikola Katic, Joe Worrall and Connor Goldson (Still a babe in defender terms).

However, the ex-West Brom man has fallen completely out of favour since the Old Firm win and subsequent Killie loss, only appearing once in the squad as a starter in the meek win over Cowdenbeath.

Manager Steven Gerrard has today confirmed the veteran defender now has a hamstring problem, picked up in a development match v Livi yesterday, but given his complete absence from match day squads these days, we’re not really sure how much of a difference this actually makes to anything.

We rate him highly, and consider his reading of the game to be beyond anything the other three have – statistically McAuley and Goldson were our best defensive duo, but by sheer weight of appearances and persistence we suspect Goldson and Worrall have now taken over that mantle.

Nevertheless, you want all your players fit, and McAuley would have been very handy to be available especially for the split.

Hopefully his hammie will be in shape by then.