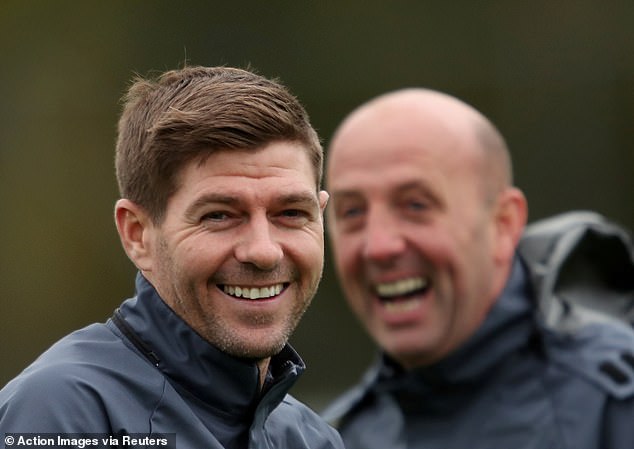 Ok, you might be puzzled by that question, given the hype over Gary McAllister’s appointment and the comments by Steven Gerrard on his unveiling that McAllister had been the first name on his ‘team sheet’.

But approaching the business end of the season and we can rarely remember a single time we’ve seen Stevie and McAllister deliberating in the dugout, with the latter usually sat passively.

No, it’s almost always Michael Beale who’s discussing with Gerrard, who takes most of the training sessions, and who seems to be the main man to support the manager rather than the former Leeds midfielder.

We remain a little puzzled as to McAllister’s exact role at Ibrox – he suggested he was a kind of consigliere to both the manager and especially the players, but if that excludes actual management, decisions and tactics, what exactly is he doing on match day.

This is not to turn on G-Mac – he seems a perfect gentleman even if sometimes a tad out of touch with both Scottish football and the intrinsic fabric of what it means to be a Ranger, but we are a little confused as to exactly what tasks he undertakes as the number two, beyond the occasional press conference.

We just don’t see him giving Gerrard enough counsel during games, quite frankly – not that we’re staring at those two throughout the 90 minutes, of course, but when we do, McAllister is usually sat mulling things over and it’s Michael Beale with his clipboard either advising players or supporting the manager.

It looks to us, and correct us if we’re wrong, that McAllister is more of a role model and figurehead for everyone, and it’s Beale who actually does the hard graft in the position.

Or… are we talking out our backsides?

Let us know in the comments.