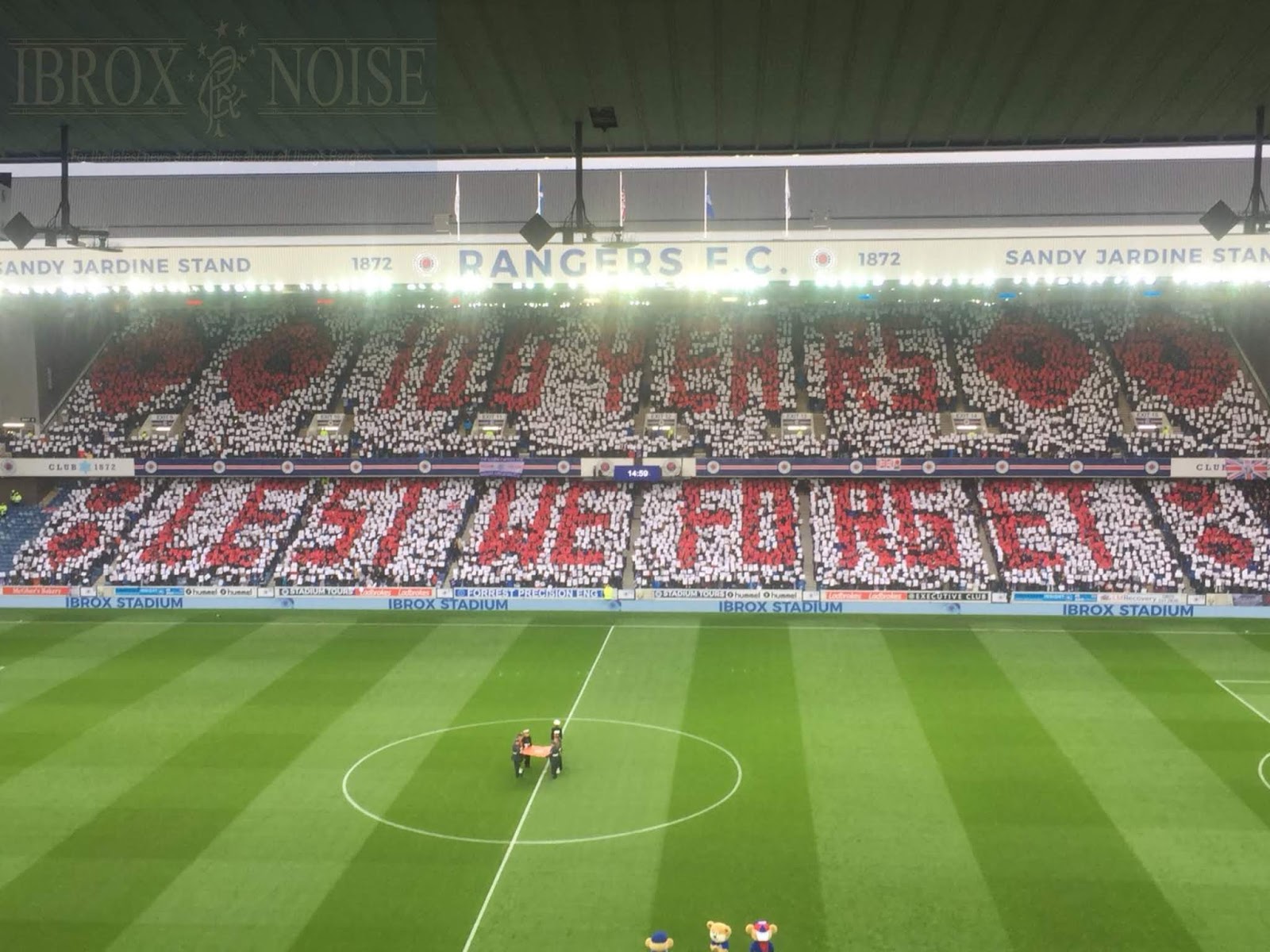 As you can see, the card displays and general respect paid to those whose lives were lost were to the usual Rangers standard, and the club and its fans continue to pioneer the level of homage our brave servicemen and women are given.

As has become the norm, when large media groups start to discuss the Remembrance reflections around the country by clubs, Rangers are usually the first one noted given how we pave the way to truly honour these soldiers in the way they deserve stands alone.

And as you can see from Scott’s captures, once again the supporters have outdone themselves with yet another immaculate display. 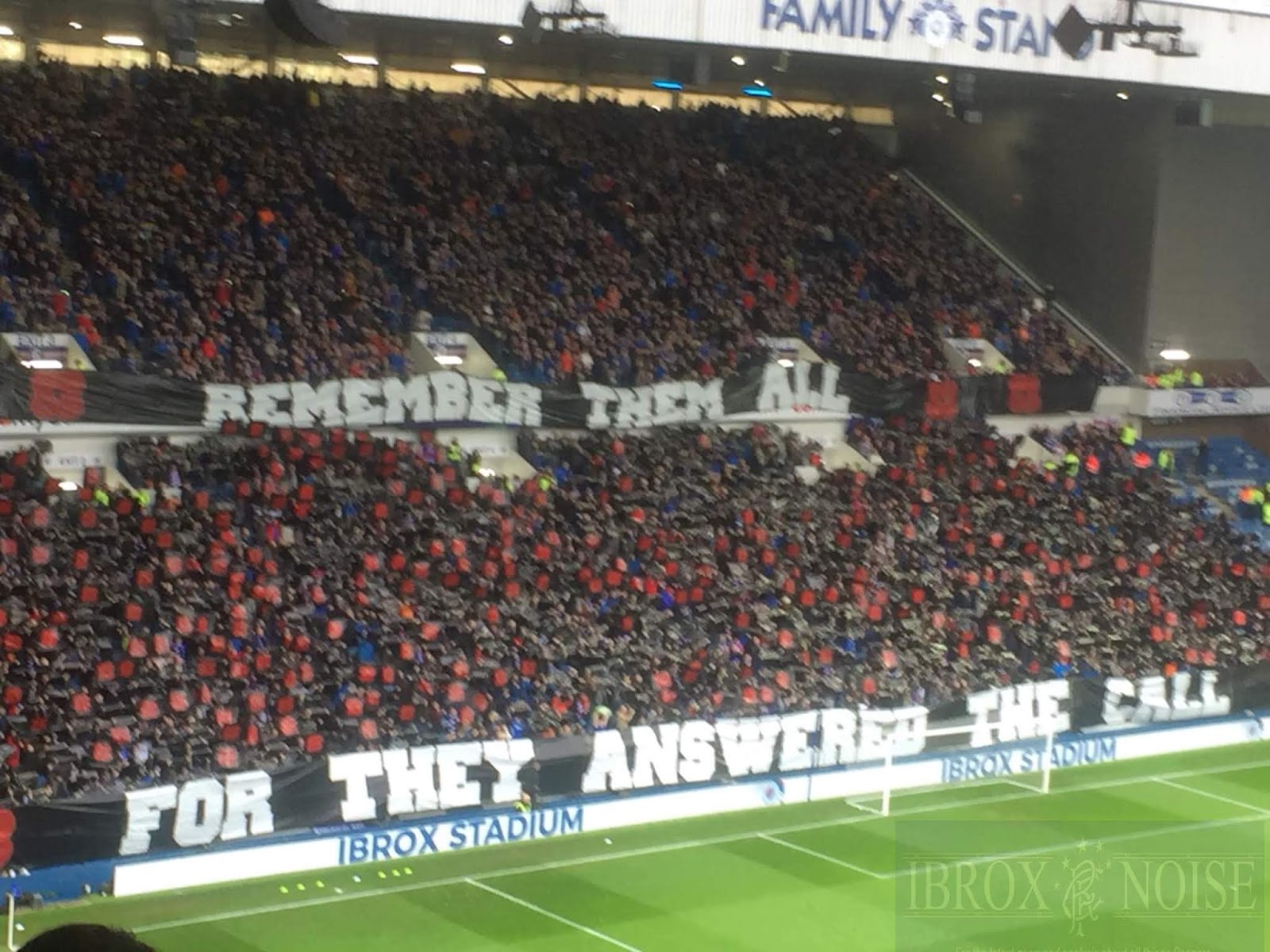 It was 100 years to the day since the end of WWI – Britain was in raptures at the end of the Great War, and celebrations ran through the land, until they faded into sombre reflection over the devastation the horrors had left behind as their legacy.

We will always remember these brave people who gave us the ultimate sacrifice so that we could enjoy the privilege of freedom, and for all its faults today, Britain is what it is thanks to them and to all the similarly heroic servicemen and women who continue to protect our way of life today. Their sacrifice is equally honoured and never forgotten.

We Will Remember Them.