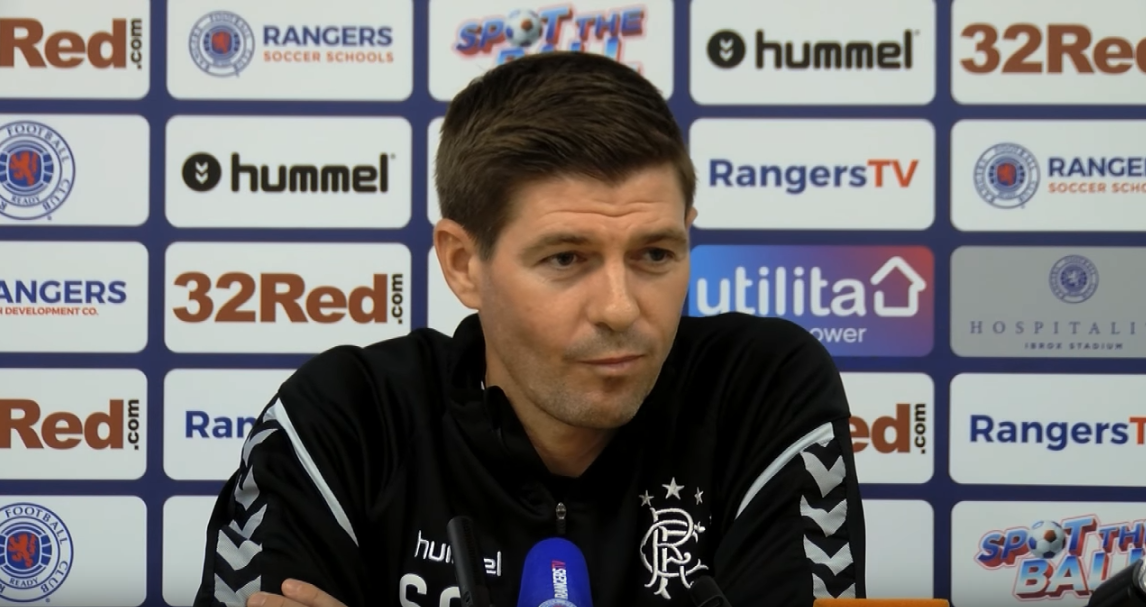 Steven Gerrard was explicit on his appointment that he’d picked up aspects from all of his managers during his playing days at Liverpool. That his own style would incorporate what he’d learned from the likes of Gerard Houllier, Jurgen Klopp, Brendan Rodgers and Rafa Benitez, to name a few.

But if one thing has been cropping up in the past week, especially in response to the rather painful afternoon at Almondvale (we still call it that), on top of many others, it’s been the aspect of coaching he appears to have taken from Rafa that sticks out the most, and which most Rangers fans agree has been a tad saturated and become counterproductive if the result at Livi is anything to go by.

Lord knows we at Ibrox Noise and everyone else in football knows the game is a modern place now with a much more contemporary language (what the hell is ‘pitch geography’ for heaven’s sake, and can someone explain how ‘transitions’ made its way onto a football field?) than what us older Bears are accustomed to, and rotation of squad has become ‘a thing’, but there comes a point when a coach is cycling his squad for rotation’s sake sacrificing continuity.

When Rangers’ team for the clash with Gary Holt’s men was announced, the borderline ‘fanfare’ was over the absolutely staggering eight changes which had been made from the win over Ayr midweek.

We know a number of these were ‘cup competition’ related, of course, but many of them appeared quite simply a bad idea.

We also know it’s a squad game these days, and coaches more and more seem to want to get as many ‘minutes on bodies’ (seriously, modern jargon leaves us cold) as possible, so they want to introduce fringe players more and make the whole squad involved, giving as many individuals ‘pathways’ (this lingo is doing our head in) to the first team as they can. We do get that.

But the frequent swapping and changing of players regardless of form is not what Steven Gerrard’s MO was – indeed, his original promise was to play those who clearly wanted it and were hungry and in form.

And his lack of sticking to this, particularly in recent weeks, may have led to Sunday’s dismal atrocity especially.

Stevie needs to stick to basics of football management as well as the modern and more ‘complex’ nuances of it. Play your best players, in the best form, and stop chopping and changing all the time.

Fans are especially disappointed about this in defence – personally we don’t care for any excuses Nikola Katic gave about disliking plastic pitches, he should have started on Sunday, and messing around with the fullbacks too isn’t a prudent move. The back four, one or two dodgy matches aside (Motherwell away and Killie in the cup) have been pretty good – but disrupting that in recent times for the sake of ensuring Joe Worrall gets minutes doesn’t wash with us.

We were always clear that while we needed the defensive depth to support Goldson and Katic, they shouldn’t just be getting played for the sake of it – if our first two choices were fit and in form, they should remain in hold of the jersey.

And this applies to the rest of the team too.

In short, Stevie, quit messing around with rotation, pick your best team and manage on a game by game basis to optimise for that.

Is that too much to ask?