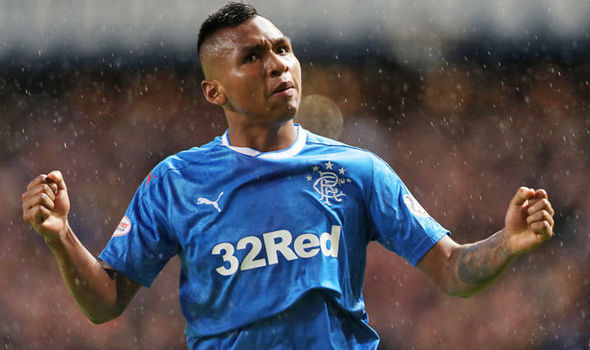 If reaction online among our fellow supporters is anything to go by, Rangers fans really have started to lose patience with Alfredo Morelos.

It all started, of course, with the nonsense in January, and his comments last autumn about wanting to move to an English side. It wasn’t helped by his statement on signing a new deal which had no mention of long-term commitment to Rangers.

In short, it feels like the guy has been looking for his big move away for a long time, and despite his goal haul last season, he has been living on the goodwill of being the SPL’s top scorer ever since.

And we cannot take that away from him – he was the top hitman in the SPL last time around, and we have long praised his team work ethic deeper in midfield, his hold up play, his hard work dragging defenders out of their comfort zone and the number of fouls he would win.

Unfortunately, the Alfredo Morelos we’ve seen in both pre-season and this season’s UEL looks exactly like the one he was last pre-season when he first joined, and looked a dud.

Clumsy, slow, selfish, petulant, wasteful, and with a frankly poor attitude, we are staggered on two fronts:

One, that he has gone off the rails this badly – with constant lack of apparent thought into much of anything that he does, and the subsequent apathy this comes across as, and Two, where he continues to be selected.

Sure, he is our only main striker currently available (Sadiq didn’t travel and we don’t want Rudden wrecked) and that probably forced Stevie’s hand a bit, but equally it sends out a signal that Gerrard has preached against – being selected if not hungry, not aggressive, and lacking desire.

Sadly Morelos is making Gerrard look a hypocrite, because this guy is currently adding very little to Rangers’ game or attack.

There was little coincidence two of the three selections from your Ibrox Noise team yesterday didn’t even feature him in the XI, because like most fans, most of us are fed up with his current ‘contribution’.

We really hope we have better options available in attack soon, because Alfredo Morelos, on current form, is more of a liability than an asset.