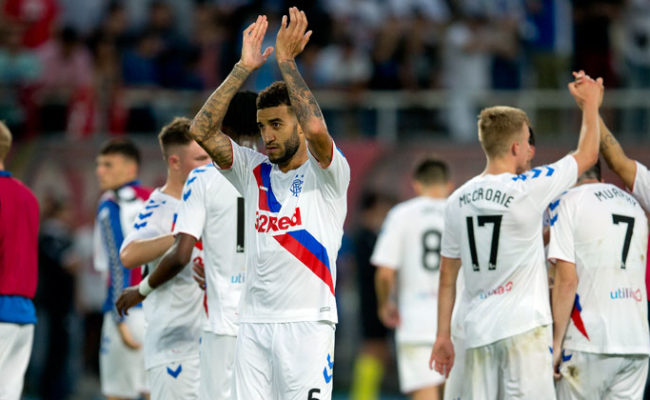 There was a great deal to digest over last night’s ultimately successful but undeniably disappointing second leg in Macedonia.

There were a huge number of aspects to pore through, but one stands out to yours truly, despite how subtle it was.

The team essentially still remains the same dross that struggled all last season, with the entire midfield and front line the same underperforming rabble that underpins the problems Rangers have.

Despite a glut of new additions, it was the (underperforming) old guard Gerrard sent out – and is there an iota of coincidence that the best four players were Nikola Katic, Jon Flanagan, Connor Goldson and the outstanding Allan McGregor, with the next best being second half substitute Ovie Ejaria, another new signing.

In short, the same rubbish which fans are united in agreement that are rubbish are still the same stuff we see taking the field in our shirt.

We complained last season of a lack of quality in the final third (despite the goals haul), and yet here we are with the same players expecting a dramatic upgrade.

Hopefully in good time we will see the Coulibalys and the Sadiqs (albeit sadly of the summer additions, those are the only two we suspect will enhance what is already there) but for now the same mediocrity which struggled last season to clinch third is once again plying their trade.

We hoped Steven Gerrard, Mr Discipline himself, with his promises of never selecting anyone who didn’t demonstrate hunger for the fight, would have a radical effect on the existing fare at the club – if the first two competitive matches are anything to go by, he hasn’t.

Of course, my colleague Richard makes a salient point – these UEL ties come comically early in a season, and Gerrard has only been with the lads for one month; similarly though Hibs ran rampant in their leg against some Faroese mob while Celtic strolled against God knows who and TNS last night mauled their lot 4-0.

In our case, however, Gerrard is a rookie manager trying to build a new squad. It’s a lot to ask. And we don’t want to get suckered into the trap of giving the man and players excuses for not delivering.

But for now he’s had to use most of the existing squad (Arfield injury, two new signings unavailable). We’re just not sure it’s what we want to see and it only justifies why we needed to shelve the majority of last season’s squad.

Alas, we’ve simply not been able to.