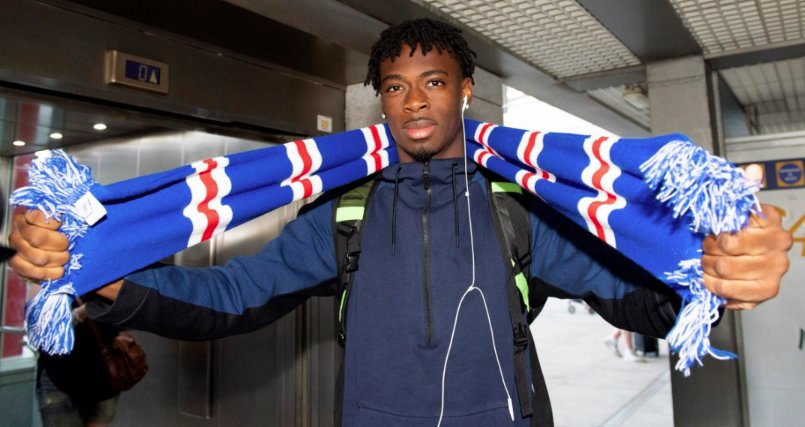 The season-long loanee put pen to paper on a 12-month deal some weeks ago but today is the first time he has been seen with regards his new club, and he posed for snappers with a club scarf as he arrived belatedly in Andalusia to get on with his new gig.

The forward has essentially admitted he sees his future at Anfield, and recently signed a new deal with Liverpool, but manager Steven Gerrard will be hoping he steps up in development to impress at Ibrox and get himself into the first team.

And eventually he has joined the group in Spain along with new signing Jon Flanagan to get his Rangers career underway, a tad later than expected admittedly.