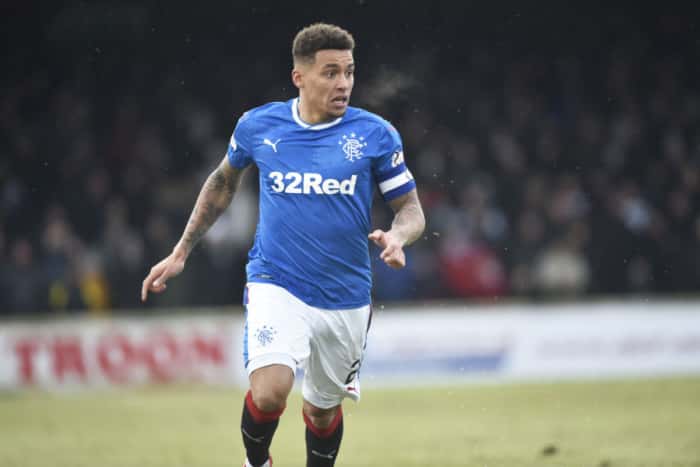 There are increasing levels of change underway at Ibrox. Rangers today announced their backroom staff to little surprise, with the names selected by manager Steven Gerrard already apparent some weeks ago.

However, Stevie Ger gave a big clue a number of days ago that he has also made another decision already, one which is always a source of intrigue with fans.

James Tavernier has been ‘infill’ Rangers captain for some months now, with fans divided over his merits or otherwise for the role. He took over from various other temporary solutions such as Kenny Miller, Bruno Alves and one or two others all as a result of Lee Wallace’s injury then suspension.

But Gerrard has been widely recognised as not only talking to Tavernier directly, but informing him of his importance to the team and his lack of interest in selling him.

A bunch of Premiership teams have been credited with keeping tabs on him, from Swansea, to Burnley, to Everton – and with that calibre after him Tavernier would fetch a significant seven-figure sum.

But with Gerrard’s chat, has he in fact possibly implied Tavernier will be his permanent captain?

New managers often want to make their mark on the team by appointing their own man as the on-pitch leader, and there is still time for that to happen. But with Tav being spoken to by the manager who is seemingly keen to keep him, it may also send a message to the player and us fans that he wants to keep him as the captain too.

Personally we wouldn’t be thrilled with this. Tav is a decent attacker, if not the wisest defender positionally – and it takes more than pointing and shouting to be a leader – you have to command respect from your team mates, and we are not sure Tav commands leadership-level respect.

But if that is to be Gerrard’s call, we’ll go with it.

That all said, of the current squad, who would you guys and gals peg as your captain? Put your ideas in the comments.