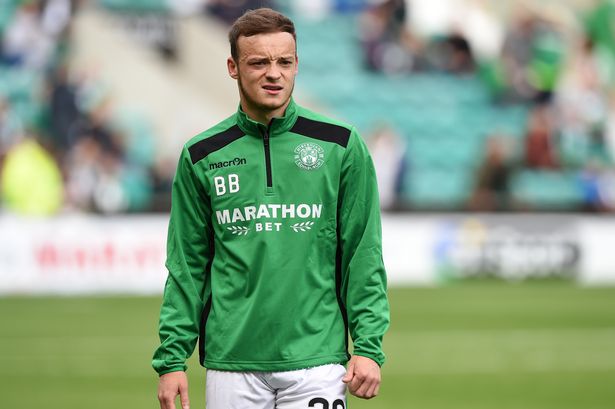 Steven Gerrard has this lunchtime been linked with a surprise move for Manchester City’s Brandon Barker. The winger, who Mark Allen is well aware of, spent a successful spell at Hibs, including an especially impressive performance against Rangers, and is now on the Ibrox radar to follow up on the nearly-sealed deal for Liverpool winger Ovie Ejaria.

Barker, who joined Easter Road from the Etihad last summer, managed two goals and five assists in 30 appearances for Neil Lennon’s men, is unlikely to get much game time at his parent club with competition like David Silva and Kevin De Bruyne around him, and is looking for first team football at the age of 21.

Hibs are rivalling Rangers’ bid for the attacker, with Lennon said to be keen on making the deal permanent, and if one thing stood out last season it was that Mark Allen brought in Nemane to Ibrox while Lennon secured Barker – one of those most definitely worked out better.

Barker’s value is reported at between £500,000 and a six figure sum, and going by his impressive shows last season in Edinburgh, it would be cash well spent, and is a sure sign that Gerrard and Allen continue to be unhappy with Rangers’ wing/attacking options at present.

Barker is mostly a left winger, and Rangers do have two players for that slot at least in the form of Murphy and Arfield, depending on how Stevie Ger wants to deploy them. The other side sees Daniel Candeias as the only recognised right winger in the squad.