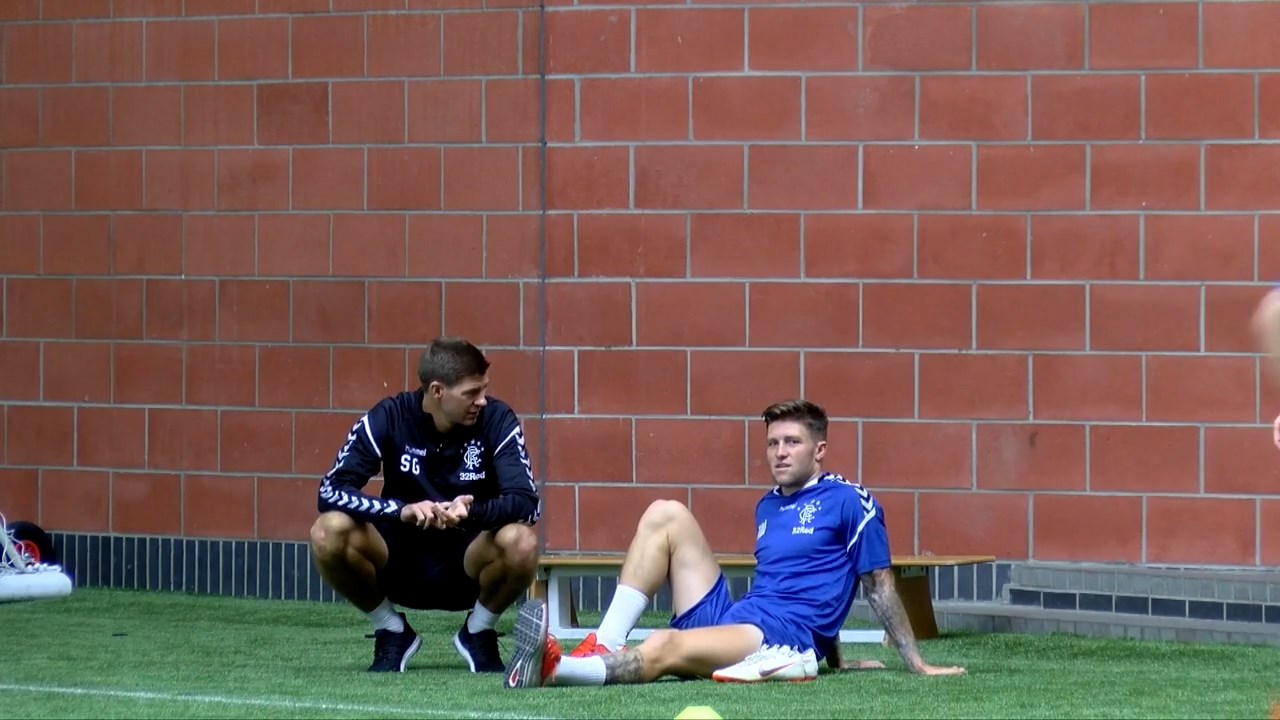 There have been tonnes of stories over the past month about which players Steven Gerrard was interested in keeping and which ones were surplus, but one story about ‘Dubai’ stood out.

While it was only hearsay that the new manager had spoken to James Tavernier and Josh Windass in the holiday destination about wanting to keep them both as part of his new Rangers era, this picture, while in upon itself not the Gospel, suggests Gerrard is very interested in young Windass and the ex-Accrington man could well indeed be a huge part of the manager’s thinking.

Young Windass has divided a lot of fans over the years, and many couldn’t drive him out of Govan fast enough, but when the lad is on his game he’s borderline unstoppable and scores like it’s going out of fashion.

If Gerrard’s body language towards Windass at training is anything to go by, he sees the attacking midfielder as a pivotal part of his jigsaw.

It’s a curious one – Windass has annoyed and delighted fans in equal measure – no manager seemed to be able to get the best out of him, and he was very much in and out of Mark Warburton’s team through injury and form, while Pedro Caixinha and Graeme Murty both saw him as a vital and integral part of their teams.

All of which drove supporters mad – what on earth did these three see in the 24-year old that we could apparently not?

That purple patch over late January to early March was Windass at his best, and gave a clue as to what he can offer – and Gerrard may well see that as attainable again.

Either way, unless a colossal offer comes in, it is unlikely Josh Windass is going anywhere.