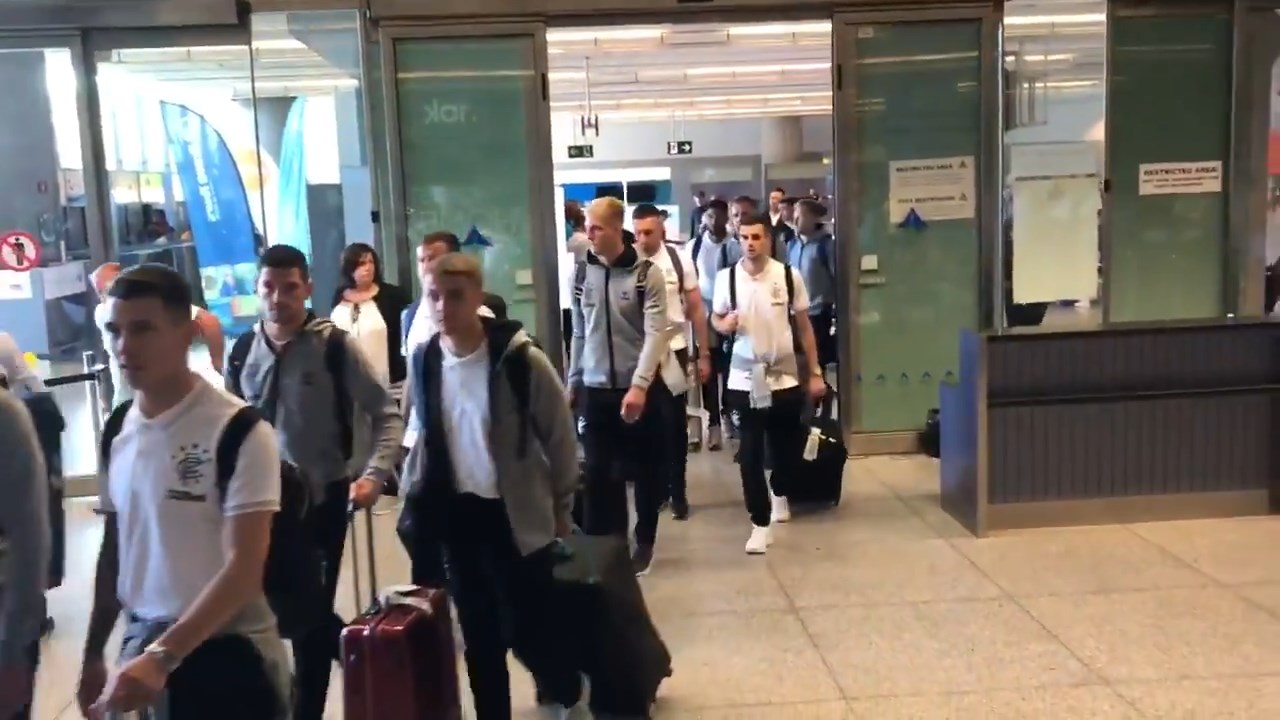 Rangers today boarded their pre-season flight to Spain for Steven Gerrard’s much-vaunted training camp for 10 days, but notable by their absences were four high-profile members of the squad.

Harry Forrester is back at the Hummel Training Centre but was conspicuous by his non-attendance as part of the group today, suggesting the attacking midfielder is not part of Gerrard’s plans going forward and may be looking for a move out.

Meanwhile the press has made much of captain Lee Wallace’s absence from the party today, but manager Gerrard did say it was touch and go as to whether Wallace would make it, with regards both fitness and the internal club dispute. The chances are the 30-year old simply isn’t physically ready yet.

Jason Holt was AWOL too – the midfielder was also missing from Friday’s training session, and has been linked with a move away – both Fleetwood and Plymouth have been credited with interest in his services, and unless he has an injury we’re unaware of, his time at Ibrox appears to be coming to an end.

And winger Michael O’Halloran was also nowhere to be seen – just like training he was in other places, with a deal to A-League side Melbourne City said to be in the making.

The 24-strong squad is off to the sunny climes of Spain’s southernmost region of Andalusia to set up stall in Malaga, with new signings Croatian Nikola Katic and defender Connor Goldson to join up later in the week.