Home Rangers “Where are they now?”: Class of the lower league Rangers… 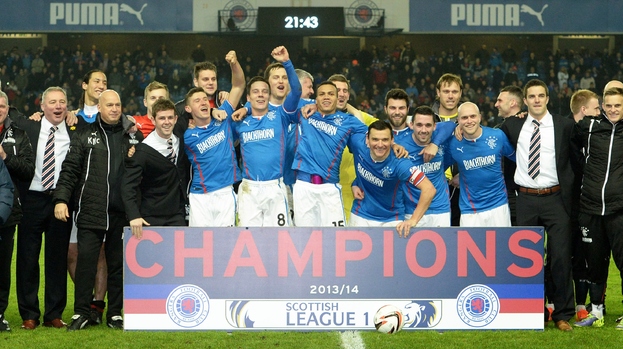 With big bad Bilel Mohsni joining Dundee United, Ibrox Noise decided to finally step ahead with an article that’s been on the backburner for a while. It all came about when we noticed the old header for Rangers’ previous Twitter account, and it got us thinking:

After a pretty poor time of it at Ibrox, following those misguided ‘Allan McGregor’ comparisons, Bell ended up a free agent and switched to Dundee United, where he got a season in before heading back off to Killie in 2017. He never played once for them. These days he’s at Hibs, playing backup to Ofir Marciano.

Remember him?! Ended up in India playing for Pune City to much amusement on social media but retired aged 36 in 2016.

Actually hit on a decent gig, getting into the reserves at Lyon after leaving Rangers the same as the rest of them. Nowadays can be found at Ligue 2 Chasselay in France but doesn’t play much for them, managing barely 15 appearances.

Went to Killie, same as the rest of the squad! Started out as player but it changed to player manager, then manager. He did ok there truth be told, but Steve Clarke has made everyone look ordinary. Will be coming back to Ibrox for Saturday’s legend match.

Poor Cribari – probably the ultimate symbol of the poverty of Rangers’ squad back in the day. Never did find another club after Rangers freed him. Staggering to think he was briefly captain. Presumably retired.

His CV is a litany of lower league teams – Perry moved onto an ill-fated spell at Northampton before a nomadic journey found him at Albion Rovers. Who he has barely played for. Found his level, it’s safe to say.

A troubled lad, Cole was the absolute epitome of the ‘Nandos’ culture which plagued lower league Rangers. These days the defender is across the water in Derry playing for the local side. He’s still only 26.

We would be disrespecting Arnold by excluding him – of course we all know what happened to the poor guy, it made headlines throughout the world. One of the darkest hours we can remember in football. RIP.

A sorry sorry career which went downhill after he left Hearts, Black occasionally flirted with being a reasonable DM in the lower leagues but all too often was the scapegoat, rightly or wrongly, for the bad at Ibrox in those days. Black made headlines all over the place by failing a trial at Raith Rovers, and signing for English minor league Chorley, before giving up and going junior. He’s with Tranent Juniors now.

It’s bizarre to say it, but Law has probably had one of the best careers of that lower league class. He switched to Stuart McCall’s Bradford and has been in English League one ever since. It’s a solid one really. Always had a level of talent but couldn’t handle the pressure at Ibrox.

A terrible time at Bury aside, Clark has enjoyed a solid career at Dunfermline – he found his level (again) and has done well enough down there in the Championship.

If ever a player failed to deliver at Ibrox, it’s Temps. Plagued by injury and inconsistency, the winger got a pretty good gig at Hamilton and has made a decent number of appearances, scoring against us at Ibrox in the process.

Moved to Ross County for a good spell then did the same at St Johnstone. Foster has had a decent SPL career quite frankly. Wasn’t particularly damaged by his time in the lower leagues.

Frequently found on RTV, the former Ibrox striker travelled around a lot before ending up in Stirling. He’s one who peaked at Ibrox and has gone down the way ever since.

After a brief stint at Starks Park, Daly is now assistant coach at Hearts, having even had the head job for a while following Cathro’s exit. He landed on his feet.

Some random clubs followed his Ibrox spell such as Dundalk and FC Edmonton (Canadian side) before the striker settled on Dunfermline, just like Clark, and just like…

Still doing his thing in Fife, Aird had a bit of cult around him at Ibrox. Big things were expected of him, and to an extent he delivered occasionally. A loan at the Whitecaps was followed by a period at Falkirk, and now he’s at the Pars. A reasonable career.

Went straight to Killie like everyone else. Been there ever since.

Went straight to Killie like everyone else. Been there ever since. Top scorer this season.

Did ok for Rangers quite honestly, had talent but no pace. Had lots of loans for English lower league sides like Wigan, but has really found himself in a good shift with Dutch cracks Twente.

A free agent these days, Streete didn’t have much of a career before or after Rangers. Last released by Port Vale.

Found himself a decent spell with Coventry and can be found today at Motherwell.

Another of the Nandos era, Hutton got a fair slot at QOTS, where he turned into a hatchet man and tried to slay Rangers players at Palmerston Park. Afterwards spells at St Mirren and Airdrie ended him up at Dumbarton. Speaking of Dumbarton…

Remember this kid? Fans thought we’d found the new Ally McCoist – in reality his career does not bear that out. Loans at every lower league side under the sun is Gallagher’s CV. Yet he’s still only 23.

Just too slight and small to be a good DM (although ask Kante about size) for Rangers, he was the first player Mark Warburton axed. These days the 23 year old can be found at Greenock Morton.

Rangers’ prize star in the lower leagues, his £800k move to Brentford was the end of his career. Blighted by injury the lad has had fleeting appearances for the Bees and has recently recovered again.

There’s honourable mentions for the Anestis Argyrious of this world, not to forget Marius Zaliukas – and there are plenty who haven’t been mentioned here.

How many stick out for you?