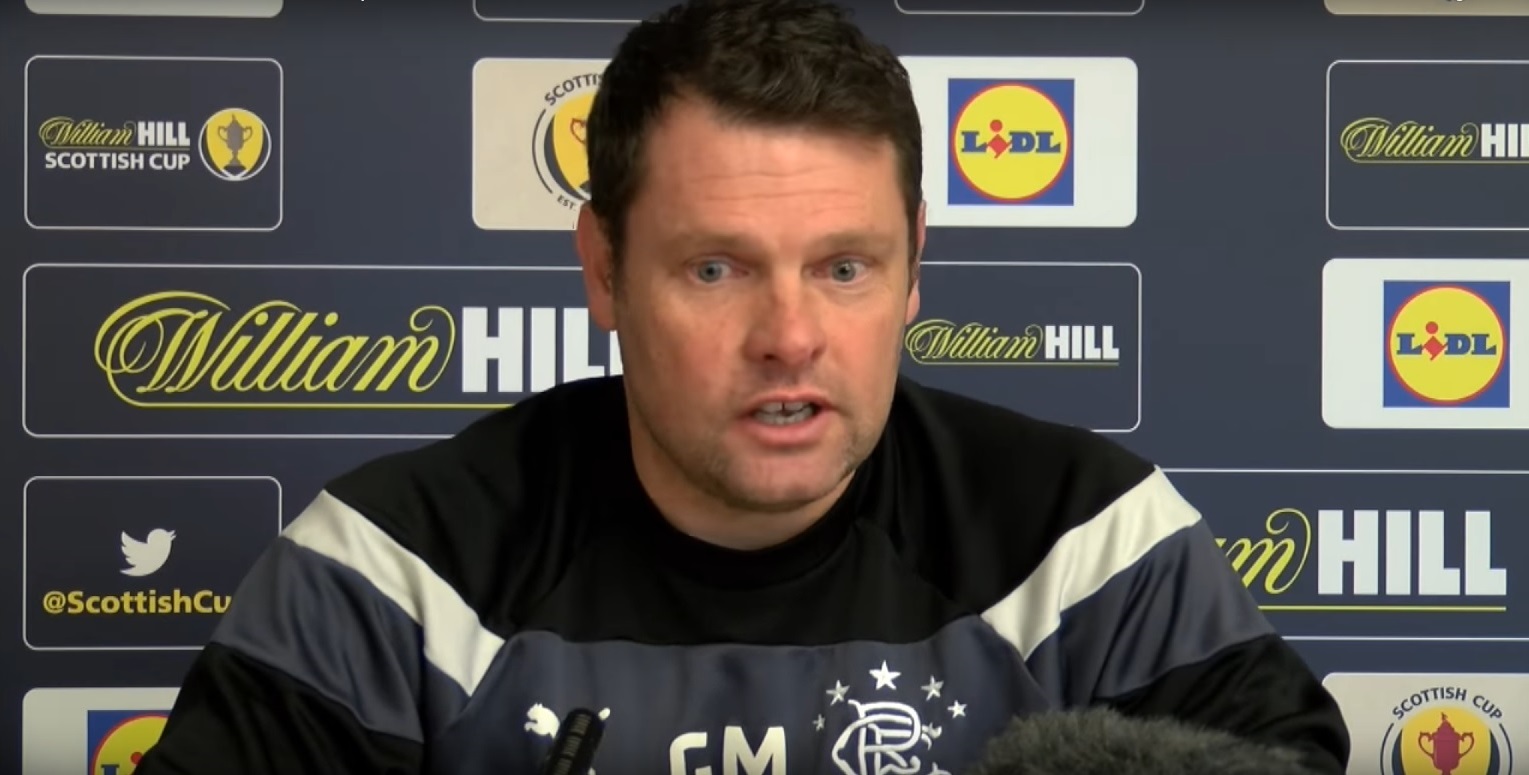 While naturally keeping his cards close to his chest, Murty nevertheless let it slip that Murphy is extremely likely to feature in the critical match, and that the only fixture he was potentially going to miss would be today’s cup quarter against Falkirk.

“He’s alright. We’re having him assessed at the moment, it may be too soon for him on Sunday (Falkirk) but that’s yet to be decided because he’s a hardy guy and he’s a positive guy and he wants to be involved in every game.”

So even today’s quarter final could feature him, but most likely not.

On the direct question of the visit of Rodgers’ men Murty was suitably and lightheartedly cryptic:

Fans had been intensely worried about Murphy’s potential absence from such a key fixture, but if we are to read between the lines, he appears extremely likely to start next Sunday, while most likely either being benched for today or not being in the match squad.

Either way, his presence solves a huge dilemma for which we had concocted all manner of alternative solutions.