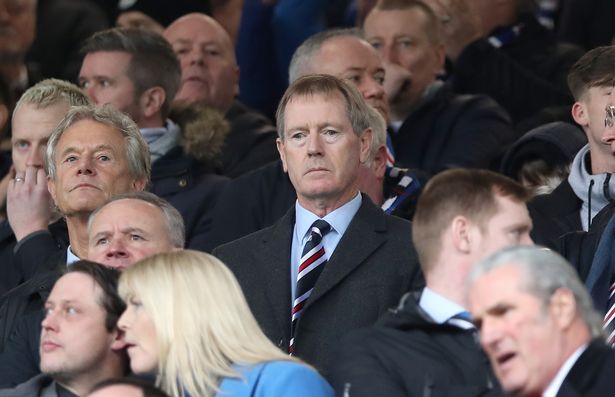 Few Rangers fans were disappointed with the January business done at Ibrox. We here at Ibrox Noise were delighted with the likes of Jason Cummings and Greg Docherty arriving, and both of them have lived up to the hype, albeit the former more sparingly.

Overall the work in that time was very good, and we supported the notion of loan players on a literal ‘try before we buy’ basis. Ergo, Jason Cummings and Jamie Murphy are certain to be made permanent this summer. Sean Goss’s future is less clear but we will see in good time.

However, despite the fine additions made at the start of the year, we cannot help wondering why the weakest part of the team, defence, was essentially entirely neglected.

Only one signing was made, itself a gamble due to the player’s age and lack of favour at his parent side. Russell Martin was completely frozen out at Norwich and few were sad to see him move on, and while his age promised experience, the reality of his performances at Ibrox have vindicated Daniel Farke’s call to ditch him from Carrow Road’s first team.

But the bizarre oddity is why he was the only one brought in for an area which has been a real Achilles heel for Rangers ever since Carlos Bocanegra and Dorin Goian left.

Furthermore, Mark Allen, for the fine work he did otherwise in the window, and he did do extremely well, appears to have made a real mistake letting Danny Wilson go and not offering him a new deal.

Rangers made the decision that inexperienced and unconvincing David Bates and Russell Martin was a good enough pairing at the back, and decided equally that Bruno Alves and Fabio Cardoso were adequate reserves.

And having decided to ditch Wilson (he formally signed for Rapids at the very end of the window), reckoned Martin was a sufficient replacement (he’d signed on in the middle of the month).

Just why was only one (risky) defender brought in?

And yet over the past two windows have only signed three central defenders?

Why was (and is) the backline neglected?

Rangers just about got away with it this calendar year thanks to the free-scoring attack, but the Hamilton debacle was a worrying sign and two defeats on the trot suggests the ‘luck’ at the back dried up. Along with the option of David Bates thanks to injury.

It is imperative the free agent market is looked at immediately, and with Niko Kranjcar gone wages have been freed up to get a couple of decent centre backs who can help provide quality competition and depth.

We have provided a tonne of options who are currently available, and the sooner management brings more in, the better.