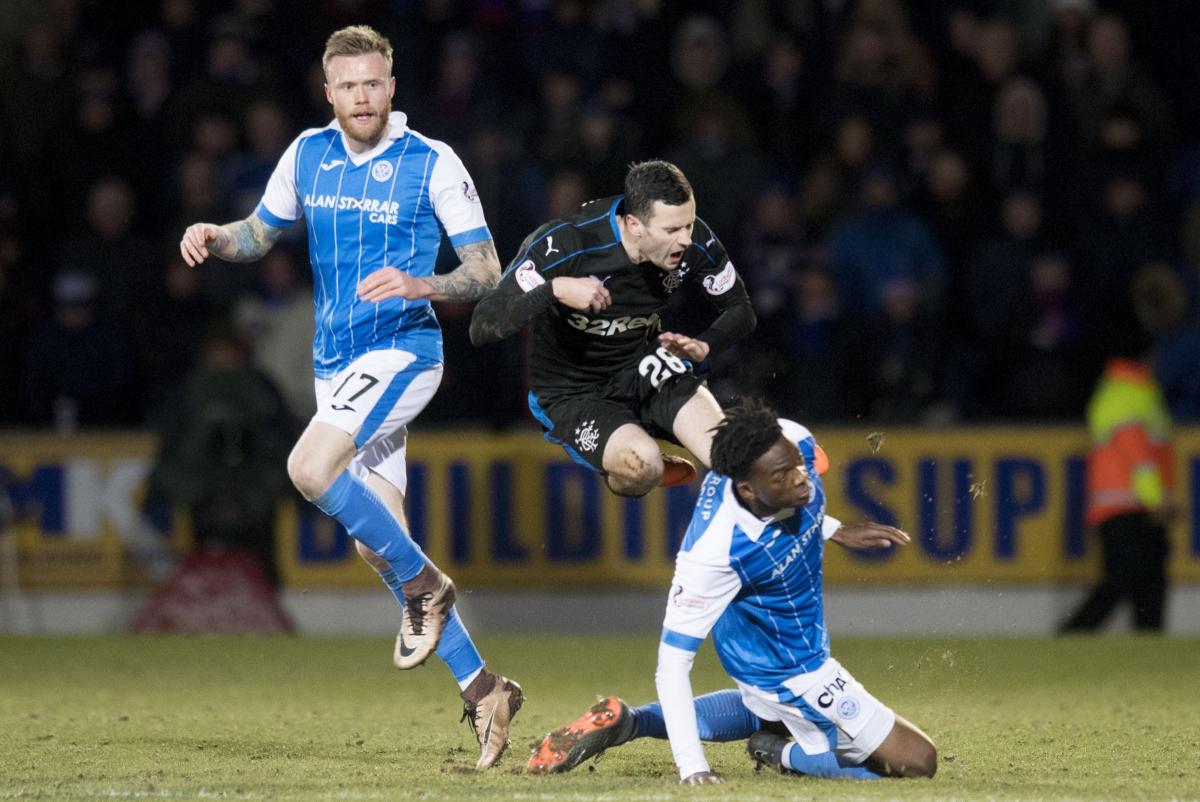 It is a grandiose concern, such is the form the 28-year old is in, plus the highly-efficient ‘symmetry’ formation Graeme Murty has been using to such good effect – John and Murphy on the left, Tavernier and Candeias on the right.

Thankfully the latter two remain fit, but with doubts over John (we’ll deal with that separately) and Murphy now for the next week or two, Michael O’Halloran may be getting an unexpected chance to finally prove he’s worthy of a Rangers shirt.

The winger has been completely frozen out under Graeme Murty, for right or wrong, and no one could argue a case for him playing over the excellent Murphy previously.

But with a big question mark hanging over the on-loan Brighton man, O’Halloran (once again not on the bench last night) may have a big chance at last to allow Murty to continue the system he’s been employing to such good effect the past few weeks. Some may argue a case for Jason Cummings in Murphy’s place, but left winger is not exactly Cummings’ known forte.

O’Halloran’s absence has certainly been curious, if strangely unimportant. The starting XI has been doing the job, and while options on the bench have hardly been brilliant (only Jason Cummings had stood out as a worthy sub till Bruno returned), it has been odd that O’Halloran has been training as normal but unable to even get a place on the chair.

Is he a worthy replacement for Murphy? Frankly in our squad there’s no left-sided winger capable of replacing him, which is why we proposed a return move for Jordan Jones (albeit we could not have foreseen the need for such a player quite so soon), but with the only valid options should Murphy not make it being O’Halloran and Miller, well, you do the math.

Does O’Halloran deserve a chance? Sure, why not. Murty has shown no interest in him, but may be forced into considering him if he wants to keep up the archetype of his system. Kenny Miller will not offer the roaming skill of Murphy, nor the pace, whereas O’Halloran is probably one of the few in the squad who could actually do a job there in the 28-year old’s potential absence.

And yet we still hark back to why Murty is not interested in the ex-St Johnstone forward – be it ability, attitude or anything else, if Murphy is definitely out for the next while and MOH still does not get the call, he is as finished under Murty at Rangers as he was under Pedro.

Maybe Pedro got that one right?