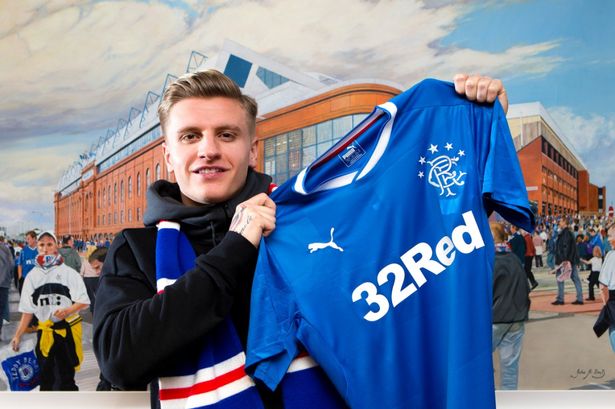 It has been a long long time since Ibrox Noise got truly excited about a signing.

True, we were impressed that Mark Warburton secured Joey Barton, but it was a signing laced with caution. In the end, Joey did not suit the SPL and the rest is history. Niko Kranjcar was also a fairly decent name, but he was now an injury blighted 31-year old who was languishing in the division below the MLS, while unable to even get a game for NASL Cosmos. Bruno Alves was also one which got the juices flowing – his CV spoke for itself and for us to get a Portuguese international looked, on paper, a sensational bit of business. Having watched him in the past, yours truly was impressed and even more so that we had nabbed him.

So it would be a lie to suggest we have not been excited by any signings since admin.

But Jason Cummings is something different. This is the first time a hot-property young Scottish player under 24 that we actually wanted has come to Ibrox.

This is a lad who has delivered in big matches – against us, against Hearts, against everything the Scottish Championship had to offer, and has even scored a few in England’s infinitely stronger equivalent, including against current promotion favourites Sheffield United.

While he only scored two in 18 in the SPL with Hibs in 13/14, it must be remembered he was an 17 then 18 year old playing for Terry Butcher’s horrendous Hibs who went down, and he still showed enough in the play off v Alex Neil’s excellent Hamilton to nab that couple in the first leg.

So while his south of the border experience was not all that he had hoped, he definitely has good experience of the top two divisions Scotland, and understands the demands of the game up here.

What kind of player is he? We have watched him destroy us often enough to know, but for those less sure, he is a second striker, a false 10, who uses space brilliantly, has acres of pace, and is excellent on the ball in terms of dribbling.

He is a clinical finisher, he is a confident player, and he is strong physically. He is, as we have claimed before, the best signing we have made in six years.

That is to Rangers’ gain, and this is a 22 year old with all the potential in the world – we already know what the lad is capable of, and the only question is whether he can cope with the pressure of playing for Rangers. Such demands have reduced even the best players to rubble – it is as much in the mind as a player’s ability which defines how successful they are.

Ibrox and Rangers are a heavy weight of expectation. But if Cummings produces what his past confidence suggests he can and what his past displays have most definitely done, he will be a truly superb addition and could just be one of the final missing pieces of the Rangers jigsaw.

The only thing left is that ‘Barry Ferguson’ type, but, who knows, maybe Sean Goss can be that?

Either way, Cummings is a star in the making.

NB: That all said, he better not miserably flop now we have bigged him up as better than Messi.