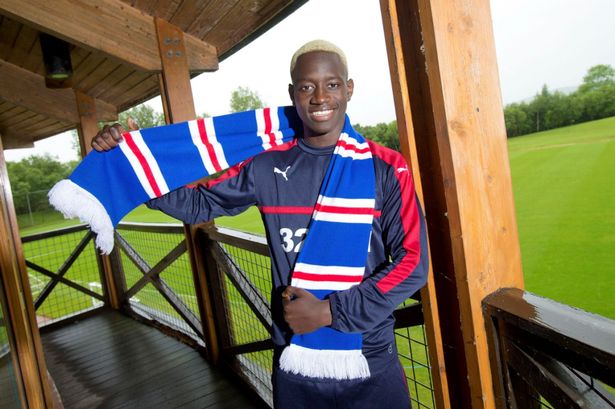 It is a fact that not all signings can be successes. No matter how well a manager knows a player from ‘their time at such and such club’, it is no guarantee that player will still excel at the latest one.

For example, despite his fine goal at Dingwall, Eduardo Herrera has struggled to settle at Ibrox ‘despite their time together’ at Santa Laguna, a spell which admittedly only saw a handful of goals for the Mexican under Caixinha’s charge.

But it is another player who has really failed to make his mark that we will focus on today; Benfica’s Dalcio.

To be brutal, he is really Benfica B’s, because he never made a match day squad in Lisbon for the senior team, and indeed was loaned out to Belenenses, only to return to his parent side and formally become part of their reserves.

In all honesty, the most optimistic Rangers fan would struggle to remain positive about Dalcio. His fleeting cameos were painful to watch, and while the lad was clearly trying, he truly laboured to produce anything useful at all.

Rangers fans are not an easy bunch to please – we all know how harsh we can be even when we are trying to support, but even the most positive among our number have had little optimism with regards Dalcio.

Indeed, there was a lot of talk that Caixinha would end the loan and send him back to Benfica B, but nothing materialised there.

As it is Rangers have a 21 year old winger who seems as far away from the senior squad as it is possible to be.

In truth, looking at his CV, there is almost nothing to suggest Dalcio can actually succeed in the professional game. It beats us as to why we even wanted the lad.

But Rangers is not the kind of environment for such a voyage of discovery, and after his disastrous displays earlier this season, the best hope for the boy is a few sub appearances in some of the lesser matches to give him some sense of pressure in senior football and how to handle it.

He can also only benefit from the international break – with a two week break for much of the squad (get well soon Bruno) Dalcio and with Pedro the coaching staff can give him intense sessions to try and get him up to speed. Give him some confidence. Give him some belief.

It may be that he is a dud. It may be. But he is in our shirt and it would be better for all concerned if Pedro and the gang can go the other route and get the best out of him.

After all, we really do lack convincing options on the wing.