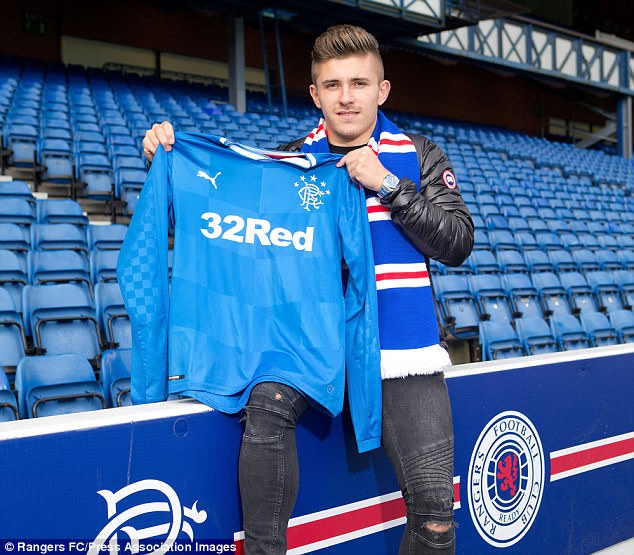 Almost every article on Ibrox Noise seems to open with a sentence containing “Jamie Walker” these days. Believe me, it is boring us writing it as it is you reading it. But notwithstanding the obvious farce over the whole tale, the repercussions of not securing his signature are rather significant.

Indeed, the repercussions for not getting in a proper left winger are the real problem, and now Rangers’ left wing, rather than being sorted by a three-month long summer window, is even more troubling than it was.

Back in April and May, the solution to our troubles on the left was to look ahead and project the dedicated winger the summer window would give us, be it Walker or anyone else.

Now, the solution is to ‘hope’ that manager Pedro Caixinha can eke out something convincing that will last at least six months of the options he has.

And what are those options? Niko Kranjcar, Josh Windass, Declan John, and Aaron Nemane.

On paper, there are four possibilities, and that does actually reassure to an extent. Let us take a look at each in turn.

This 22-year old left flanker is a versatile sort. Signed with only a few hours left on the window clock, John is a Welsh international hailing from Cardiff City, and while only a loan deal, word on him is that he is, and I quote, a “solid if unspectacular player”. Initially it appeared he was being signed as competition for Lee Wallace, given the lad’s base position is left back, but he says himself he likes to bomb forward and get the crosses in, making him more likely to be deployed in the trouble spot of left wing. He is without doubt the closest thing we have to an actual left winger, but nevertheless, it still is not his absolute preferred position, or apparently his best. But he is definitely a utility option on that side, wherever he plays.

A 19-year old Man City Academy product, this winger is pretty highly rated and apparently has looked impressive at the unders. But how many times have we heard that before? The press release described him as ‘one for the future’ but he is only a six month loan deal so quite whose future is being referred to is something of a debate.

He could well turn out to be a sensational (short term) capture but there is some disagreement over whether he is actually a left or right winger – depends on what source you read. He will likely be versatile and capable of both – but overall the proof of the pudding of his ability to play for Rangers will be in his performances when given the chance.

You got to hand it to Windo (no idea if that is his nickmame, but we are using it) for 30 minutes in the first two or three league matches Messi could barely touch him. The lad has ability. The problem is he just has no consistency and fades desperately well before half time. That on top of his injury problems does not help his cause much and just when he gets a few starts, he gets injured again. The lad cannot maintain fitness, and when he manages to get some, his performances are patchy.

Fundamentally though, while he has pace, he is not a left winger. He is clearly a much more central player, and while his old man is dumber than dumb, he was correct in saying his son’s best position is in the three of a 4-2-3-1.

Fitness and consistency again blight another option, this time Niko. His ability is without question, and while we have analysed the problems he is having with Scottish football and cut him slack over them, nevertheless whatever the cause is, he cannot maintain fitness or consistency, just like his junior team mate. And again, he is not a winger. Nowhere near.

So there ye have it folks, the four options. None really convince, but if we were forced at gunpoint, we would put our eggs in the John basket and hope he can deliver.

Who would you go with?