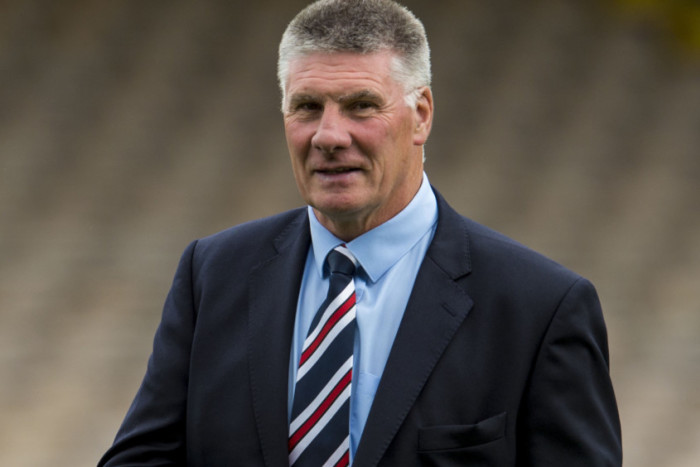 If one guy at Ibrox has been there through thick and thin and represented the club with the dignity and class we expect, it is ex-goal keeping coach Jim Stewart.

As we know, Jim parted company with Rangers some months ago, but news over the past 24 hours has confirmed the 63-year old was disappointed at the sacking and felt it should have been handled better and with more class.

Speaking to Ibrox Noise earlier this year, Rangers legend Richard Gough explained he felt Jim would have taken the situation on the chin:

“Not shocked – football is a very dynamic sport and change is constant – there’s no room for loyalty when it comes to progress and I have a lot of respect for Jim and he’s a great guy but the Club can’t say no to the manager wanting his own men. He’s a good pro who’s done great things for Rangers and Scotland and he will have taken this on the chin without any regrets or bitterness.”

It seems, going by Jim’s own testimony of late, that this is sadly not the case:

“I knew I wasn’t going in to get a new contract — and it turned out to be a very short conversation between us (himself and MD Stewart Robertson)! There might have been a better way of Rangers doing it. I was disappointed. It hurt a wee bit. I just think if they’d been up front and said, ‘There’s a new manager coming, he’s bringing his own people’, I could have lived with that. I’ve been in the game long enough. I’d never been in that situation before — it was the first time I’d been sacked, at 63.”

As Gough points out, Jim would have had no issue with the manager wanting his own men, but it does seem the club could have handled the exit of a loyal servant a lot better than they did with Jim.

There have been a number of incidents involving the Rangers hierarchy over the past year which have been disappointing or downright poor. The way things get handled are often not of the class and dignity we used to associate with the club – the retail deal fix was a definite plus but generally otherwise the way situations are dealt with leaves an increasing lot to be desired.

Jim deserved better than a sacking through the back door.