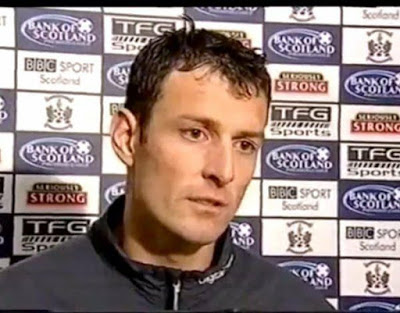 If there is one thing guaranteed in life, it is the latest mouthing off nonsense from Chris Sutton.

Ok, yes, he is a Celtic man through and through and he will always be biased against Rangers and our players – we all remember the omen of things to come when he accused Dunfermline of lying down all those years ago and did not even have the balls to apologise himself, instead having a spokesman read out a pathetic statement on his behalf.

But now that the boy has gone firmly into the media, he is even making himself unpopular among his own with his tabloid approach to punditry.

We get it – every pundit has a right to opinion. It is what they are paid for, and yours truly is only too well aware of the arrogance of those TV personalities who think their opinion is fact and douse their comments with patronisation in face of alternative views.

But Sutton is evidently trying to fill the gap left by his BT Sport predecessor, and Talk Sport firee – Stan Collymore.

Collymore never played for Celtic, and barely even knows Scottish football, but decided to plant his flag firmly in Hoopland and that is his call. Unfortunately his conduct left much to be desired and Ibrox Noise helped to get him ousted from BT, before Talk Sport followed suit and likewise ditched him.

While Sutton has not gone as far as Collymore, he is on a dangerous path. His infamous grilling of Pedro Caixinha following the County win was uncomfortable, disrespectful, unfair and simply unacceptable. Sutton was given a fair answer to his question of whether the Portuguese believed he had the best squad in the country.

Caixinha’s conduct during this tense encounter was his best performance in the media yet, and he kept his cool while being interrogated. His answer? To always believe his squad is the best. Pure psychology – to trust his players, whoever they are, because they are all in this together. He pointed out even if he was Ross County manager, he would say the same.

Sutton, looking for a reaction and clearly trolling, continued to bait, by saying ‘so you don’t believe you have the best squad’.

“I don’t care about Celtic!”

It got tense between @chris_sutton73 and Rangers manager Pedro Caixinha… 👀 pic.twitter.com/fV0tjXrRHq

This is just not on. Sorry, but it is not. Caixinha had justified his comment, fully explained it, but just like he did with Mark Warburton, Sutton allowed his biases and personal vendetta get in the way of rational questioning.

Does Pedro have the best squad? Of course not, we know this. But Sutton, being given a fair answer and a full explanation, decided to violate his right as a pundit and turn the interview into a borderline political grilling.

We all remember how Theresa May and Jeremy Corbyn got slaughtered equally by Paxman. How he twisted their words to try to get them to bite or look stupid. In his case, that was his job. How good he is at it any more is another question, but the purpose was fine.

But that is politics. This was a football manager giving his time to appear on national TV and some upstart with an agenda would not accept his responses.

Sutton has previous for all this – we have tried to avoid attacking his commentary and punditry because we prefer to focus on our club rather than the pundits obsessed with it.

But sometimes you have to make a stand, and point out to these individuals that no one appointed them judge and jury to Rangers or what we stand for – and no one gave Chris Sutton the right to harass our manager on live TV with zero intervention from anyone.

Sutton does occasionally have nuggets of fairness. Lots was made about how he pushed for Forrester to be red carded last season – and how he would not let it go. Less was probably made about how he did exactly the same with a County player against Rangers. So the guy, while perilously close to gutter journalism and pure trolling, has got moments where he can almost be balanced.

But all too often his punditry career has been blighted by emotional nonsense with bias and irrational and unfair motivations pushing his views.

And it is about time he either cut it out, or was cut out himself.