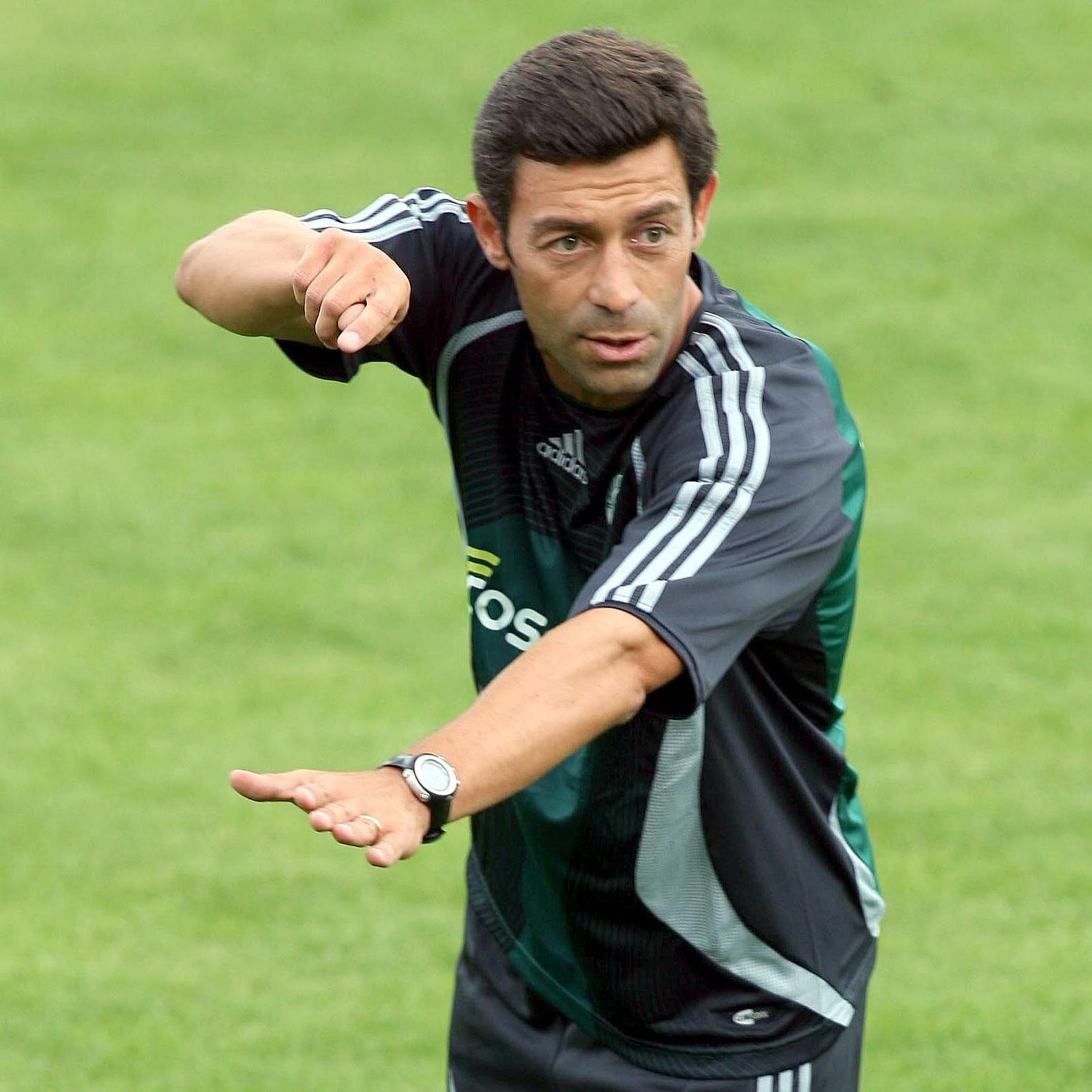 Before it was announced that Pedro Caixinha was to take over the reins at Ibrox he probably wasn’t the first name on most people’s minds. Of course he was close to being in the dugout albeit as Pereira’s number two before Warburton came to the helm, but ‘Gers failure to win promotion scuppered that proposed move.

A different name from the ones that are constantly touted around whenever there is a vacancy in the hot seat is not necessarily a bad thing. Arsenal fans were no doubt alternatively scratching their heads and Googling Wenger’s name when it was announced the Frenchman was to take over at Highbury.

But the speculation is over; it is time to move on from what did and what didn’t happen with Warburton, and get back to talking about what’s going on on the pitch. Caixinha’s first job is to overcome the 8 point deficit to Aberdeen and steer the side into second place – no easy task, especially if the bookies’ odds are to be believed. So who is Caixinha, what does his footballing CV look like, and what can we expect from the fiery Portuguese?

Pedro Caixinha’s pedigree as a player – or lack of it (he was a ‘keeper who knocked about the lower reaches of the Portuguese leagues) should be of no concern. Whereas it was almost unheard of a couple of decades ago, more and more managers – and successful managers – have unremarkable or even non-existent playing careers (step forward messrs, Wenger and Mourinho).

After obviously realising his playing career was never going to amount to anything, at the age of just 28 he began coaching at Beja, the place of his birth and a side he had previously played for. After four years in charge of C.D. Beja’s youth teams, Caixinha moved on to manage Vasco de Gama – an amateur side based in the nearby town of Vidigueira.

A year later and he moved again, this time joining up with Jose Peseiro, a partnership that was to last for six years. As Pereiro’s assistant, he helped guide Sporting Lisbon to third in the league, and to a Uefa Cup final, before moving on to Saudi Arabia a year later. At Al-Hilal the pair won the league before once again moving on. Over the next three years, and with only mixed success, the duo took charge of three more sides – Panathinaikos, Rapid Bucharest and the Saudi national team.

After Pereiro was sacked as Saudi’s manager, Caixinha returned to both Portugal and management, taking up the post at União Leiria for the start of the 2010/11 season. He steered the Primeira Liga side to 10th in the league (Played 30, 9 wins, 8 draws, 13 defeats, 25 goals for, 38 conceded). Financial issues meant he left just a handful of games into the following season, and signed for Nacional based in Madeira. A moderately successful first campaign saw them finishing 7th (Played 30, 11 wins, 9 draws, 10 defeats, 28 goals scored, 31 conceded). A poor start at the beginning of the following season saw him move on again, this time to Santos Laguna in Mexico.

The move would prove to be the making of his management success. His three years at the club saw them qualify for the CONCACAF Champions League and secure three major honours. His success at Santos Laguna (played 121, won 54, drawn 36, lost 31, win ratio 44.6%) brought him to the minds of club chairmen around the world, and boosted his position in the football coach world ranking index to 36th.

Caixinha’s next move was a lucrative one – to Qatar side Al Gharafa. Though he didn’t win any silverware, his time there can be considered a moderately successful one, with 17 wins, 8 draws and 14 defeats coming from his 39 games in charge, securing a win ration of 43.6%.

It is a CV that doesn’t initially inspire complete confidence, but it is an interesting and experienced one. He has enjoyed success, but not continually. Two things do jump out. He has a lot of experience in leagues where there are only 2 or 3 big players. Also, he doesn’t tend to stick around for long. Whether that is a good or bad thing, we await to find out.