Home Rangers Why Warburton should be wary of Cathro 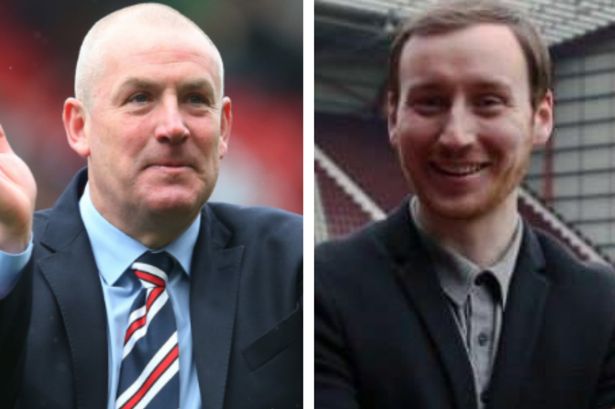 It has been a somewhat eventful week in Scottish football. From Hearts’ new appointment throwing a cat among the stuffy pigeons of the game here, to the despicable child abuse scandal enveloping the sport north of the border as well as south, there have not been problems and talking points to seek to say the least.

However, the topic of import for this article is that indeed of the Tynecastle side’s new recruit, along with his assistant, who will be in the away dugout tomorrow for Gorgie’s second meeting with Rangers in 10 days. Ian Cathro, fresh from his time at Valencia and Newcastle finds himself thrust into the managerial hotseat at Budge’s lot, his maiden job at the helm of a club on his own at the mere age of 30.

A few negative comments have been made about the lad, particularly from our own Kris Boyd, but I would have to distance myself from his sentiments a tad. The fact is Rangers were tangibly interested in bringing Cathro to Govan too – clearly Paul Murray and the board rated him enough to open talks, even if they did not progress. And laptop or no laptop, Cathro is no fool, and his previous stints are testament to that.

Yours truly affords him respect, and to now claim he is out of his depth would be folly given the generally positive buzz around him when Rangers were clearly in discussions with him. The man is right – it probably would have been the wrong fit (albeit whether Warburton himself is the right fit only time will truly tell) but nevertheless he did enough to deserve the attention.

But now Hearts, already buoyed by how easily they dispatched us last week on their own patch under a similar rookie in Robbie Neilson (despite it being his third season as a manager, Hearts was still his first job and he is no elder statesman himself weighing in only 6 years Cathro’s senior at 36) have a new manager to impress; the worst and most dangerous situation for opponents is when their foe has a new man at the top. It either ends a shambles or the side plays at 130% for him. Either way, the unpredictability of what side they will be makes negotiating them even tougher.

Warburton has tried some very obvious mind games, borderline instructing Cathro to do the same thing as Neilson tried. The ex-Valencia coach does not strike me as the most gullible type to swallow these pretty lame games, so Warbs will have to do his real talking on the pitch and hope the system he sets out can negotiate Cathro’s maiden bow.

The display v Aberdeen remains fresh. Rangers’ best of the season outwith Killie and a sign of what the team is capable of. Even the most hardened sceptics (I include myself in this) were delighted with what we saw at Ibrox and pleased to see a glimmer of flexibility from the manager. But caution must win; tomorrow could be back to the drawing board of feeble displays, and coupled with Cathro’s new Hearts it is a truly tricky match.

A word too for Jordan Rossiter and Josh Windass; these two have some immense talent, but cannot seem to break free of injury blight. Rossiter has been ‘two weeks away’ since late September, and Windass has been on and off fit for his entire Rangers career.

The sooner Rangers have a reliably selectable Rossiter and Windass available to enhance the team, the better for us all.