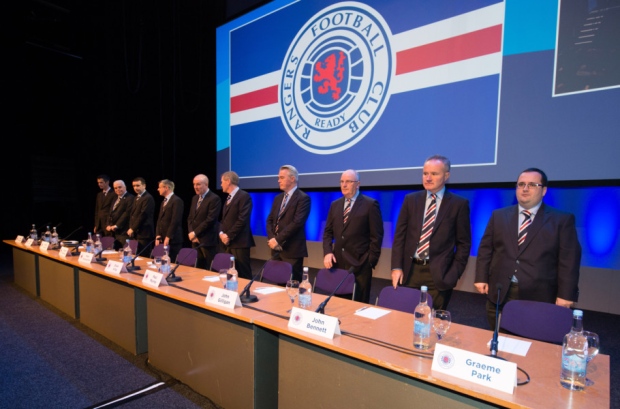 Dave King and investment has been a recurring topic among Rangers supporters over the past year or so, ever since the South African-based businessman and his colleagues John Gilligan & Paul Murray usurped the previous board at last year’s EGM election.

The general objection from many fans is/was the apparent lack of it, despite promises being made to the contrary. Admittedly lavish promises of £50M investment had been reported prior to King’s victory, and some fans felt this had not been delivered.

The past two financial reports have both confirmed reduction in losses – November’s losses (covering up till June last year) were still massive (£7.5M) but that was over half a million down. And with Rangers confirming a colossal reduction again in recent days to just over a half million in total, the evidence is growing that while the investment is not obvious, it is there.

King famously claimed when he took over that there would be around £20M investment, of which he would support £10M, leaving the other half to his colleagues.

The numbers released recently confirm that nearly £10M has gone in up to December, the kind of critical working capital needed to keep the club ticking. This has covered many things such as repairs, upgrades, legal costs; the minutiae of various overheads a company the size of Rangers has.

Plus, of course, it would be utterly churlish to forget that new signing Michael O’Halloran is the single-most expensive asset Rangers have purchased for many a year – only Hearts’ David Templeton was of a likewise significant amount but that exact figure was undisclosed. Rangers’ outlay of an initial £350,000 on O’Halloran rising on clauses is a superb example of the new solidity of the Club’s fiduciary state and one of the major examples of what Rangers’ new investment has achieved.

In short, the money is going in – it just is not being done in the shiny headline-grabbing way fans perhaps expected. It is also mostly being done as that aforementioned working capital because until income is in line with the overheads, Rangers are still making a loss and that will be a black hole for serious investment until parity is achieved then supplanted into the black.

Meanwhile revenue itself (overall income generated) has actually gone up a small chunk by almost £2M – still not enough to stem the losses entirely but it is on the right path.

It is clear the board has done a great job of attracting investment, most of which has been delivered by King and the Three Bears shareholders; sure, it is not yet ‘outside’ investment, but that usually only takes place when a company is in the black and the investment is delivered to profit the investor in time.

Such activity will begin in earnest with Rangers’ inevitable promotion back to the Premiership which should finally see the Club profiting regularly.

And before any paranoid comments claim this site is run by Level 5 (the same comments previously accusing it of being Sandy Easdale’s stooge & mouthpiece) I can assure you this site is accountable to no one.

Like you, I and the other writers are simply fans of the club we love, and it is a breathe of fresh air to see things moving so well on and off the pitch in tandem.